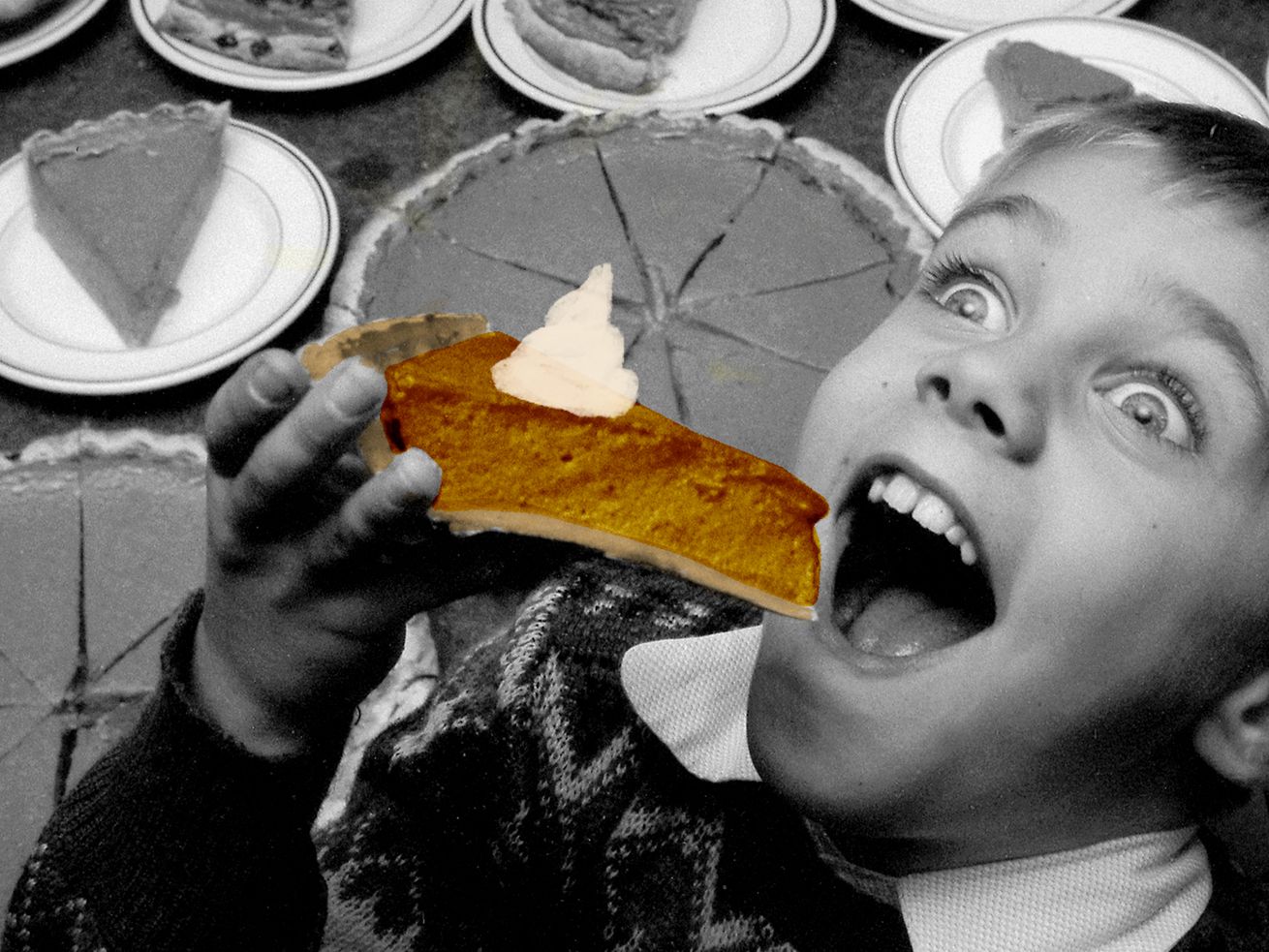 There’s a scientific reason behind your “second stomach.”

It’s happened to you before: You finish a big meal and feel full. Stuffed. You’re never eating again. But then out comes dessert and, well, you always have room for dessert, right?

Scientifically speaking, you actually do.

The phenomenon is called sensory-specific satiety.

Barbara Rolls describes the experience as, “I’ve just had enough of that food, I want something else, is really what sensory-specific satiety really is.” Rolls, the director of Penn State University’s Laboratory for the Study of Human Ingestive Behavior, has been studying the phenomenon since the 1980s.

For our video, we decided to run a test based on scientific experiments Rolls has conducted in the past. We gave people a serving of macaroni and cheese and told them to eat until they were full. One day, after they said they were “full,” we gave them — much to their displeasure — more macaroni and cheese. But on another day, after they achieved that “full” feeling with the mac and cheese, we gave them ice cream.

Participants ate three times more ice cream than they did macaroni and cheese. They weren’t physically “full” — they had simply lost interest in eating any more mac and cheese and wanted something different.

And that instinct has a purpose: It’s meant to keep us healthy.

“It encourages you to switch from food to food, so it’s a good thing,” said Rolls. “We’re omnivores and we need to eat a variety, so having a shift in how much we like the food that we’re eating but still like other foods encourages variety.

Rolls is talking about buffets, or holiday meals like Thanksgiving. When you have a wide variety of food, you don’t lose interest as quickly.

But you can use it for good, too. Children eat more vegetables when they’re served a variety of types together, versus when they’re presented with a single veggie.

“I think people need to enjoy variety and make it work for them” says Rolls, who has written books on how to use sensory-specific satiety for weight control. “I think some people think the best way to lose weight is to just eat a monotonous diet, and you just can’t stick to it. Enjoy variety, make it work for you, and keep a healthy variety of foods around.”

You can find this video and all of Vox’s videos on YouTube. And if you’re interested in supporting our video journalism, you can become a member of the Vox Video Lab on YouTube.