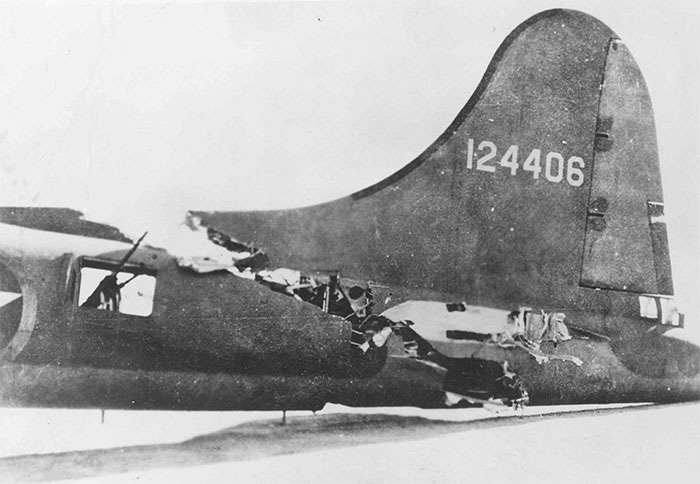 During WWII, countries had to solve many mathematical and strategic tasks in order to succeed during the war. One of those difficult assignments was to find ways of improving aircraft so they would be more resistant to enemy fire. While statisticians struggled to find the best way to protect the planes, one man named Abraham Wald had a genius idea that is implemented in many places to this day, unfortunately, not everyone agreed with him back then.

During WWII, a group of statisticians had a difficult task to solve

They were asked to evaluate and determine which parts of the aircraft needed to be up-armored in order to minimize the damage of the planes from enemy fire.

So, the Navy received a diagram that showed all of the places the planes were usually damaged the most

Quickly after receiving this scheme, the engineers had to tackle a new task – finding new ways to protect these most commonly damaged areas.

But one man named Abraham Wald completely disagreed with the plan

According to him, the statisticians were looking at the planes that actually came back, meaning that the damage was not critical. Wald pointed out that they should do the exact opposite of what the Navy was planning to do. According to him, they should understand that the undamaged areas on the diagram were the reason that the aircraft was able to make it back.

Writer Rishabh Nahar perfectly explains the “Survival Bias” theory in his article,
“It is a tendency to focus on the survivors rather than whatever you would call a non-survivor depending on the situation. After any event that leaves behind survivors, the non-survivors are often destroyed or removed. If the failure becomes invisible then naturally we will focus on the success.”
According to him, this logical error is still rather popular in modern society. For example, when we talk about developing a new business, we often list similar business models that already succeeded. Then we point out the difficulties that these business endured in order to avoid the same mistakes. What this type of thinking makes us forget is that there are tons of similar business models that didn’t make it, and we should consider what were the reasons they are not in the market anymore instead of trying to fix and improve models that are already successful. So if we look back at what Wald was offering the Navy, it is to consider that aircraft with crucial damage did not make it back home and that they are only looking at the survivors.

Except for the headline, this story has not been edited by Fiveshoutsout.com staff. The original article “One Man Explains Why WWII Aircraft Were Protected The Wrong Way, And It’s An Important Example Of “Survival Bias”” was published at BoredPanda.com