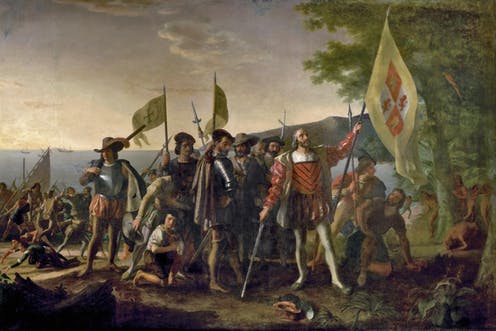 The toppling of statues at Black Lives Matter protests has powerfully articulated that the roots of modern racism lie in European colonisation and slavery. Racism will be more forcefully opposed once we acknowledge this history and learn from it. Geographers and geologists can help contribute to this new understanding of our past, by defining the new human-dominated period of Earth’s history as beginning with European colonialism.

Today our impacts on the environment are immense: humans move more soil, rock and sediment each year than is transported by all other natural processes combined. We may have kicked off the sixth “mass extinction” in Earth’s history, and the global climate is warming so fast we have delayed the next ice age.

We’ve made enough concrete to cover the entire surface of the Earth in a layer two millimetres thick. Enough plastic has been manufactured to clingfilm it as well. We annually produce 4.8 billion tonnes of our top five crops and 4.8 billion livestock animals. There are 1.4 billion motor vehicles, 2 billion personal computers, and more mobile phones than the 7.8 billion people on Earth.

All this suggests humans have become a geological superpower and evidence of our impact will be visible in rocks millions of years from now. This is a new geological epoch that scientists are calling the Anthropocene, combining the words for “human” and “recent-time”. But debate still continues as to when we should define the beginning of this period. When exactly did we leave behind the Holocene – the 10,000 years of stability that allowed farming and complex civilisations to develop – and move into the new epoch? Five years ago we published evidence that the start of capitalism and European colonisation meet the formal scientific criteria for the start of the Anthropocene.

Our planetary impacts have increased since our earliest ancestors stepped down from the trees, at first by hunting some animal species to extinction. Much later, following the development of farming and agricultural societies, we started to change the climate. Yet Earth only truly became a “human planet” with the emergence of something quite different. This was capitalism, which itself grew out of European expansion in the 15th and 16th century and the era of colonisation and subjugation of indigenous peoples all around the world.

In the Americas, just 100 years after Christopher Columbus first set foot on the Bahamas in 1492, 56 million indigenous Americans were dead, mainly in South and Central America. This was 90% of the population. Most were killed by diseases brought across the Atlantic by Europeans, which had never been seen before in the Americas: measles, smallpox, influenza, the bubonic plague. War, slavery and wave after wave of disease combined to cause this “great dying”, something the world had never seen before, or since.

In North America the population decline was slower but no less dramatic due to slower colonisation by Europeans. US census data suggest the Native American population may have been as low as 250,000 people by 1900 from a pre-Columbus level of 5 million, a 95% decline.

This depopulation left the continents dominated by Europeans, who set up plantations and filled a labour shortage with enslaved workers. In total, more than 12 million people were forced to leave Africa and work for Europeans as slaves.

One further impact of the great dying was that there were at first very few farmers left to manage the fields and forests. Our image of the Native American hunting buffalo on horseback is false – those who adopted this new lifestyle only did so because they had been forced off their land by the European invaders, who also brought with them the horse. Most pre-Columbus indigenous Americans were farmers. In their absence, previously managed landscapes returned to their natural states, with new trees absorbing carbon from the atmosphere. So large was this carbon uptake that there is a drop in atmospheric carbon dioxide recorded in Antarctic ice cores, centred around the year 1610.

The deadly diseases hitched a ride on new shipping routes, as did many other plants and animals. This reconnecting of the continents and ocean basins for the first time in 200 million years has set Earth on a new developmental trajectory. The ongoing mixing and re-ordering of life on Earth will be seen in future rocks millions of years in the future. The drop in carbon dioxide at 1610 provides a first marker in a geological sediment associated with this new global, more homogeneous, ecology, and so provides a sensible start date for the new Anthropocene epoch.

In addition to the critical task of highlighting and tackling the racism within science, perhaps geologists and geographers can also make a small contribution to the Black Lives Matter movement by unflinchingly compiling the evidence showing that when humans started to exert a huge influence on the Earth’s environment was also the start of the brutal European colonisation of the world.

In her insightful book, A Billion Black Anthropocenes or None, the geography professor Kathryn Yusoff makes it very clear that predominantly white geologists and geographers need to acknowledge that Europeans decimated indigenous and minority populations whenever so-called progress occurred.

Defining the start of the human planet as the period of colonisation, the spread of deadly diseases and transatlantic slavery, means we can face the past and ensure we deal with its toxic legacy. If 1610 marks both a turning point in human relations with the Earth and our treatment of each other, then maybe, just maybe, 2020 could mark the start of a new chapter of equality, environmental justice and stewardship of the only planet in the universe known to harbour any life. It’s a struggle nobody can afford to lose.

Mark Maslin is a Founding Director of Rezatec Ltd, Co-Director of The London NERC Doctoral Training Partnership and a member of Cheltenham Science Festival Advisory Committee. He is an unpaid member of the Sopra-Steria CSR Board. He has received grant funding in the past from the NERC, EPSRC, ESRC, Royal Society, DIFD, DECC, FCO, Innovate UK, Carbon Trust, UK Space Agency, European Space Agency, Resaerch England, Wellcome Trust, Leverhulme Trust and British Council. He has received research funding in the past from The Lancet, Laithwaites, Seventh Generation, Channel 4, JLT Re, WWF, Hermes, CAFOD and Royal Institute of Chartered Surveyors. 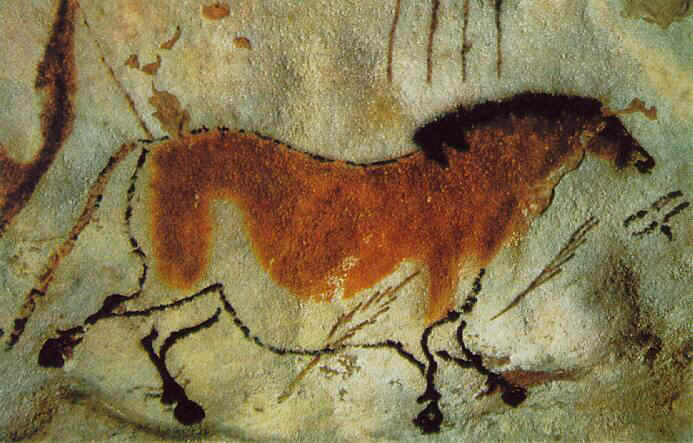 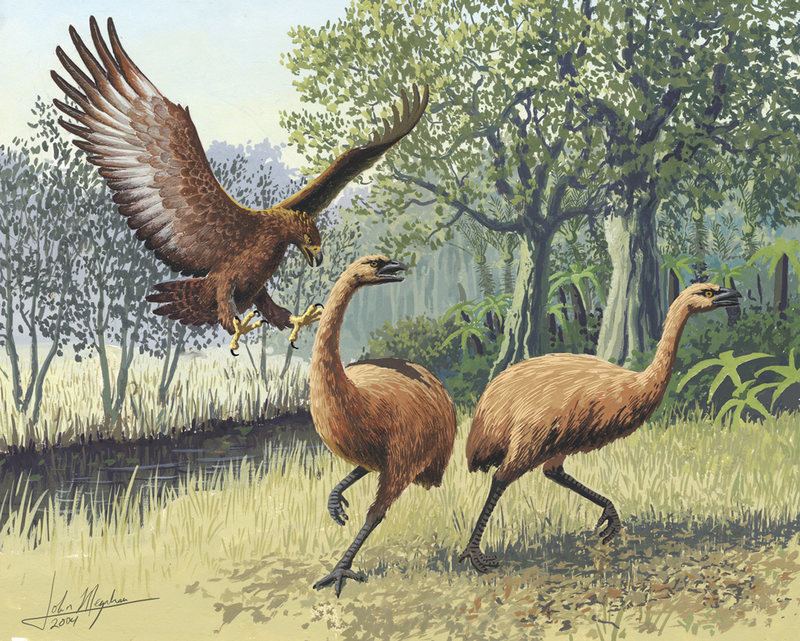 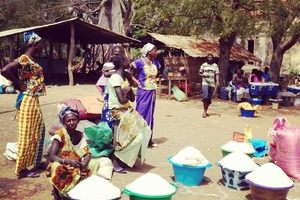 Earth
Land animal diversity was stable for millions of years, before humans came along – new study
We use cookies on our website to give you the most relevant experience by remembering your preferences and repeat visits. By clicking “Accept”, you consent to the use of ALL the cookies.
Do not sell my personal information.
SettingsAccept
Privacy & Cookies Policy