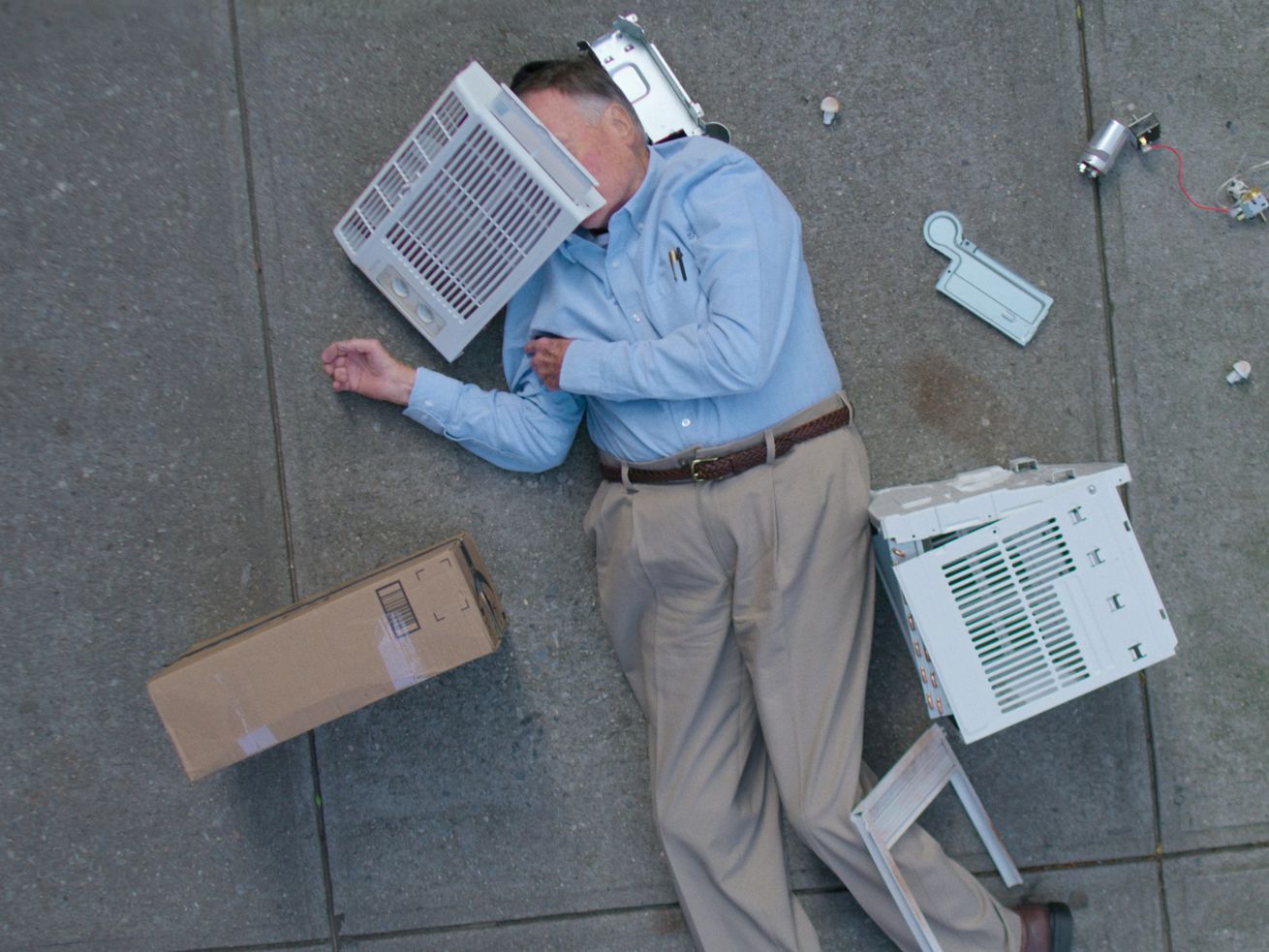 Dick Johnson in Dick Johnson Is Dead, which hits Netflix this weekend. | Courtesy of Netflix

Dick Johnson Is Dead and The Forty-Year-Old Version are debuting on the streaming service, and they’re great.

Definitive proof that we’re not living in the absolute darkest timeline: Two of the best movies I’ve seen all year are out this weekend.

Dick Johnson Is Dead and The Forty-Year-Old Version, both of which premiered at the Sundance Film Festival way back in January, share a few things in common. They’re both directed by women. They’re both visually striking. And though one is technically a documentary and one is technically fiction, they’re both so personal to their directors’ lives — yet so imaginative in how they tell their stories — that you could be forgiven for mixing up which is which.

Both movies also got lucky in being picked up for distribution by Netflix. In a year when traditional movie studios — the kind that prioritize theatrical release — are flailing wildly, Netflix is poised for takeover. This is the streaming service’s moment to shine. It’s been training for this moment its whole life. And the movies Netflix already had planned to release this fall, before anyone even thought to utter the miserable diminutive “quar,” will benefit from a wholly unconventional autumn at the movies, with blockbusters postponed and many theaters still closed.

Netflix started its fall season a few weeks ago with Charlie Kaufman’s I’m Thinking of Ending Things — stellar, but not exactly rousing — and the Southern gothic drama The Devil All the Time, which was kind of a dud. Yet its upcoming slate is promising, and I wouldn’t be surprised if Netflix ends 2020 having released a number of movies that make waves at the Oscars.

I don’t know whether Oscar glory is in the cards for Dick Johnson Is Dead and The Forty-Year-Old Version; neither is conventional awards fare. But both will end up on my best-of-2020 lists, and in my mind, that’s the true reward.

Watch Dick Johnson Is Dead if you want to cry, but in a good way

I first rhapsodized about Dick Johnson Is Dead in January, when contemplations of mortality weren’t quite as much of an everyday occurrence. Times have changed a little, but it’s a credit to Kirsten Johnson’s unconventional documentary (if I must categorize it) that it feels even more poignant now than it did then.

Johnson, who blew apart the nonfiction film world in 2016 with her stunning film Cameraperson, started filming with her father — the Dick Johnson of the title — after his dementia diagnosis. Having already lost her mother to the same disease, she was now facing watching her father live through the same thing, and the only way she could imagine making it bearable would be to collaborate with him in imagining what his death and afterlife would be like. They decided to “reenact” the different ways he could die, and in the midst of it, they contemplate the meaning of life.

Johnson’s father is religious and she is not, which could have make their considerations of death and the afterlife especially fraught. But in Dick Johnson Is Dead, conflict isn’t a central issue. Instead, the film is strangely joyful; at times it plays like a comedy. Their deep connection and abiding love are evident in every frame, and imagining the possibilities together gives them a way to picture the unspeakable, live through the inevitable, and tentatively step into the future without surrendering to it quite yet.

It’s been hard for me to think about this film without both choking up and smiling in the past year, and its debut is an event worth celebrating, at least in my world. Americans are really bad at dealing with mortality and death. If you’ve ever questioned that fact, the year 2020 — in which we often have, as a country, refused to process death or do what’s needed to avoid it — has left no room for doubt.

But Dick Johnson Is Dead is an act of grace. It’s a model for facing the inevitable head-on and maybe, just maybe, finding a way to smile and cry and get a grip on what we truly are: tied to our bodies and minds, which eventually fall apart, but also tied to one another.

How to watch it: Dick Johnson Is Dead is streaming on Netflix.

Watch The Forty-Year-Old Version if you want to laugh, but with an edge

She funneled her frustrations (and a huge amount of humor and heart) into The Forty-Year-Old Version, which several times made me laugh harder than I have during a movie in a long while. (My favorite joke comes early on, when two older white women earnestly enthuse about investing in a “multiethnic revival of Fences.”)

Blank wrote and directed the film, in which she also stars as a frustrated playwright and Harlem high-school teacher named Radha, who’s rounding the corner on 40. She was the toast of the theater town for a while, earning a spot on a “30 under 30” list, but that was a minute ago, and now she feels stuck. She likes the play she’s written about a couple living in Harlem, but to get it produced she’ll have to change it to align with a prominent white producer’s ideas about what a play should be — and her exasperations drive her to a (hilarious) breaking point that seems to scuttle her future chances of ever getting a play on stage again. Bereft, but exhilarated, she has an epiphany: She’s going to try becoming a hip-hop performer instead.

Blank shot The Forty-Year-Old Version in black and white, which calls to mind classic films about New York from directors like Spike Lee (and, of course, Woody Allen). But she also uses a few techniques — like inserting small scenes with man-on-the-street-style interviews with her character’s neighbors into the main flow of the story — that seem drawn from other pioneering filmmakers, such as Cheryl Dunye. (In Dunye’s 1996 indie The Watermelon Woman, Dunye herself plays the protagonist, a young Philadelphia filmmaker named Cheryl who’s struggling to make work and understand her future; the parallels are certainly there.)

In any case, Blank killed it. The Forty-Year-Old Version is pointed, satirical, and sharp as a rapier, and it hits every beat perfectly. No wonder Blank took home the directing award at Sundance; this film is a stunner of a debut. I loved it, and I can’t wait to see what Blank does next.

How to watch it: The Forty-Year-Old Version is in select theaters this weekend. It hits Netflix on October 9.

If you’re looking for something else …

Netflix has you covered, both now and in the weeks to come.

Millions turn to Vox each month to understand what’s happening in the news, from the coronavirus crisis to a racial reckoning to what is, quite possibly, the most consequential presidential election of our lifetimes. Our mission has never been more vital than it is in this moment: to empower you through understanding. But our distinctive brand of explanatory journalism takes resources. Even when the economy and the news advertising market recovers, your support will be a critical part of sustaining our resource-intensive work. If you have already contributed, thank you. If you haven’t, please consider helping everyone make sense of an increasingly chaotic world: Contribute today from as little as $3.

Previous post In Netflix’s Dick Johnson Is Dead, a father and daughter imagine his death with humor and love