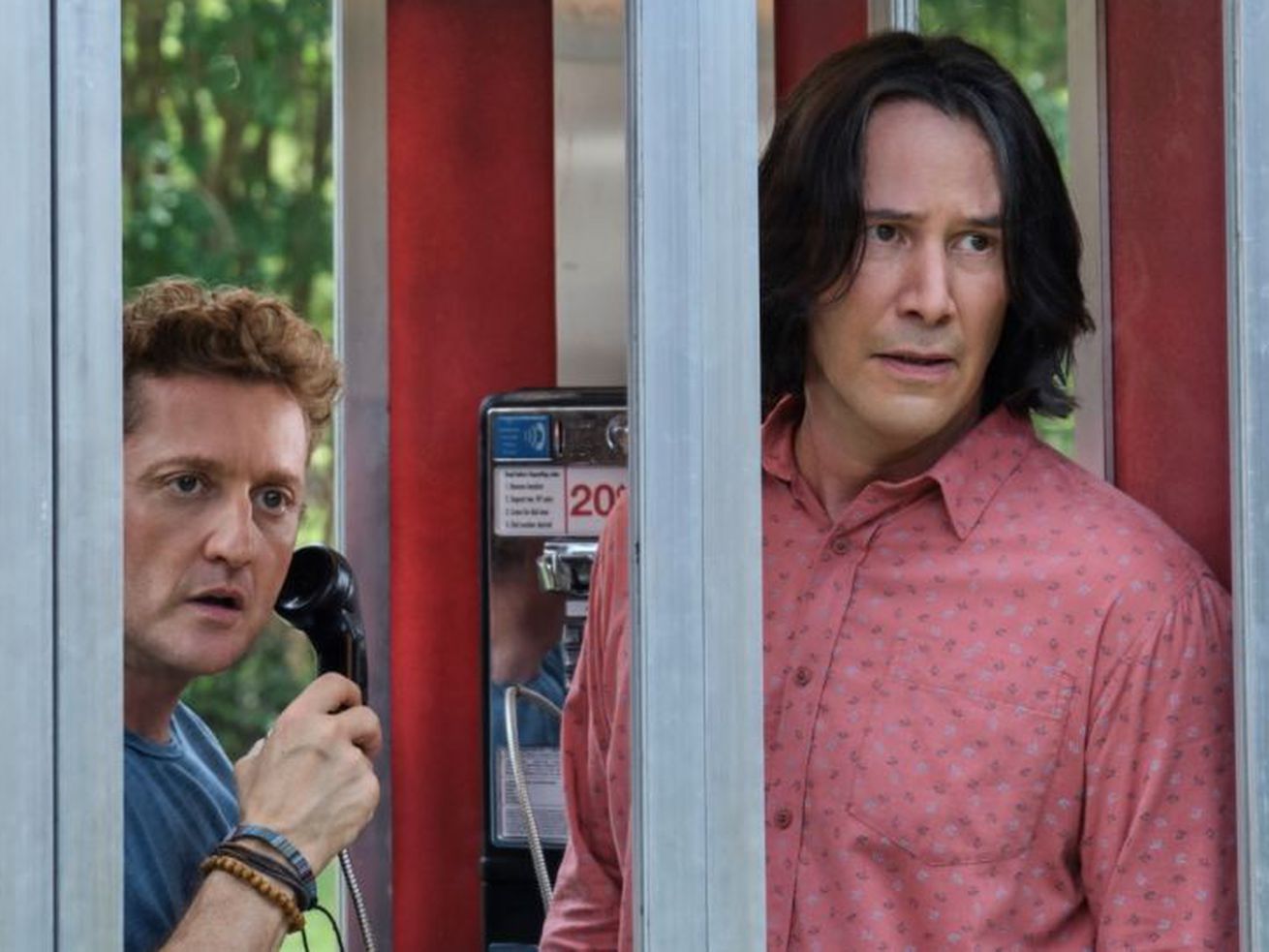 The most excellent dudes are back. | MGM

The essential kindness and sublime silliness of one terrific franchise.

For a long time, I had Bill and Ted mixed up in my head with the guys from Dumb and Dumber, who never really appealed to me. That may explain why I had not participated in the former duo’s excellent adventure nor their bogus journey until earlier this summer.

But in June, faced with the impending release date of the third installment in the trilogy, Bill & Ted Face the Music — three decades after the originals — I queued up the 1989 film that started it all.

And to my great joy, I loved it. It’s so charmingly weird, emitting hormonal teenage boy stoner flick vibes while somehow remaining as pure as the driven snow. It is about two best friends (played by baby Keanu Reeves and Alex Winter, who remain BFFs to this day), joined at the hip and devoted to their terrible band Wyld Stallyns. Inside of an hour and a half, they discover they are key to the fate of humanity, embark on a wild time-traveling ride facilitated by George Carlin and a beat-up telephone booth, try to pass a high school history presentation by collecting historical figures from the past (in the aforementioned telephone booth, of course) and bringing them to the present, and find out that they are destined to someday write the song that will unite the world and bring peace to the universe.

Bill and Ted play air guitar to celebrate their tiny victories. They giggle over the number 69. They have oddly expansive vocabularies and eminently quotable catchphrases, one of which — “Be Excellent to Each Other” — was posted on the marquee on my local movie theater when the pandemic shut it down in March. I see it each time I go out for a run.

In the second movie, which came out in 1991, Bill and Ted end up on a “bogus journey” that takes them, for whatever reason, to the afterlife — both hell and heaven. It’s not particularly Dickensian or Miltonian, though it does feature a wholly unexpected extended riff on Ingmar Bergman’s The Seventh Seal. The plot is simple: They just have to find the smartest person in the universe to help them build good robot replicas of themselves to get rid of the bad robot replicas of themselves, which were sent from the future by a villain to ensure they don’t win the battle of the bands. Along the way, they defeat Death, a.k.a. the Grim Reaper, in a tournament of classic board games (Battleship, Clue, a bonus round of Twister), and he becomes their reluctant companion and eventual bandmate. You know, average adventure stuff.

Watching these movies, which came out when I was in kindergarten and second grade, I marveled — as I often do when watching movies of the ’80s and early ’90s, like my recent Gremlins experience, which is another story for another day — at how splendidly nuts they are. I don’t talk during movies, even at home, but I believe I repeated “How did they pitch this movie???” several times during both Bill and Ted encounters. Because how would you pitch a movie about a couple of good-natured teenaged doofuses who travel through time and alternate dimensions and play in a band, and both have a crush on the one kid’s stepmother, who by the second movie has left that kid’s father and married the other kid’s father, and also there are slightly incompetent killer robots? How do you get George Carlin into this movie? What exactly are you on when you invent the whole scenario? And how do you convince famously risk-averse Hollywood execs to agree to something so wackadoodle when it’s not based on an existing intellectual property they’re sure has a built-in audience?

I’m aware that my perspective is deeply colored by my age; I’m almost 37, so for a sizable chunk of my adult moviegoing experience, franchises and sequels and reboots have been how Hollywood makes its big bucks. And those movies have been safe, in two senses: They rarely take the risk of doing something unexpected, something that could turn off the audience or confuse them. And they are greenlit because the production company knows the audience is already there.

Bill & Ted Face the Music is as wonderfully weird as its predecessors, though it’s set 25 years later, when the dudes have daughters (Thea and Billie, played by Samara Weaving and Brigette Lundy-Paine) and an old plot point returns. Now is the time foretold in the first movie: They must write the song that will unite the world and save the future of humanity. And in so doing, they set off on a wild ride through time and space and alternate dimensions — revisiting many old jokes and haunts and pals — to make it all work before time runs out and reality collapses in on itself.

Bill & Ted Face the Music is just as sweet and funny as the originals, but it did strike me while I watched that there’s a good reason this movie got made: For all its originality, it, too, is another sequel, an intellectual property with a built-in fan base of those who made the first two movies a box office hit decades ago and those who’ve come to love them in the meantime. (Also its stars, particularly Reeves, are a lot more well-known now.) It’s very difficult to imagine the first installment in a studio comedy based on an original concept, especially a comedy that has the tone of this one, coming out today, at least in theaters.

But while that makes me sad, Bill and Ted make me happy. A good reason to love these movies is that they’re incredibly kind to their characters (admittedly with the exception of the aforementioned stepmother, who also is barely a character). The dynamic duo, their formerly-medieval-princess wives, their daughters who are carbon copies of themselves, the humans of the future, the humans of the past — everyone is delightful.

Is it accurate? No, it’s a goofy, silly time-travel story. But in contrast to other comedies where the leads are a bit dimwitted, the Bill and Ted movies are free of malice. They never humiliate their characters. Their heroes lack guile; when they are wronged, they quickly forgive; they have no ulterior motives or devious plans. All they want to do is play guitar, pass a history test, write a song, win a board game, make sure everyone is okay, and still be friends at the end of their lives. I guess it makes sense that they save the world.

You can rent Bill & Ted Face the Music from FandangoNow, buy it from several different services, or see in your local theater, if you wish. Bill and Ted’s Excellent Adventure and Bill and Ted’s Bogus Journey are both available to digitally rent or purchase on services including iTunes and Amazon.

In the spring, we launched a program asking readers for financial contributions to help keep Vox free for everyone, and last week, we set a goal of reaching 20,000 contributors. Well, you helped us blow past that. Today, we are extending that goal to 25,000. Millions turn to Vox each month to understand an increasingly chaotic world — from what is happening with the USPS to the coronavirus crisis to what is, quite possibly, the most consequential presidential election of our lifetimes. Even when the economy and the news advertising market recovers, your support will be a critical part of sustaining our resource-intensive work — and helping everyone make sense of an increasingly chaotic world. Contribute today from as little as $3.

Previous post How 12,000 Tonnes of Dumped Orange Peel Grew Into a Landscape Nobody Expected to Find