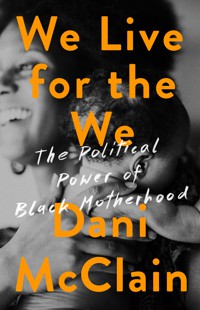 In the introduction to her book Essential Labor: Mothering as Social Change, Angela Garbes describes these times as “strange and difficult years of instability, loss, and grief—both general and intimate.” That’s it, I thought. Sometimes it feels as though decades of tragedy and erasure have been smashed into the past 30 months. During the upheaval of the summer of 2020, for example, my son also had his third unexplained seizure, and I faced the disorienting truth that I couldn’t promise to keep him safe, even within my own house.

It can be hard to find space to live and grow and breathe in the U.S., let alone mother. (Here I borrow from Alexis Pauline Gumbs, who defines mothering expansively as “the practice of creating, nurturing, affirming, and supporting life.”) How does one cultivate and pass along anything more than rage and despair?

For me, reading and writing can be restorative acts, even when they require me to face dark or uncertain realities. The right book can whisk you away; others draw you in without your permission. When I wrote my memoir, This Boy We Made, about my son’s medical and developmental challenges, re-creating scenes of hospital visits and emergencies drained me, and yet I knew that if I didn’t convey the intensity of those moments, my words wouldn’t connect with the readers I wanted them to reach. And, to find solace after dwelling in painful memories, I read widely. Books did not offer me an escape; instead, they inspired the hope that I can love deeply and create something beautiful in the world. The five titles below helped me reimagine how to mother in an inhospitable time and place.

We Live for the We: The Political Power of Black Motherhood, by Dani McClain

In McClain’s reported guide to parenting Black children, her prescience stands out. “I wonder … whether US institutions and our confidence in them will continue to collapse,” she wrote in 2019, ahead of the overturning of Roe v. Wade, the January 6 insurrection, and a devastating pandemic. “I also wonder just how bad things can get and how soon.” McClain’s work is notable for its vulnerability. She weaves together research, conversations with activists, and her personal experience of raising a Black daughter. McClain doesn’t provide us with pat answers, but she offers a wealth of perspectives that broaden our definitions of motherhood and family before returning her focus to what we can control. Community-based institutions can seed freedom and joy, she reminds us. “In these pages I have mentioned my desire to find a place where I could flee with my daughter, a place that will allow her to flourish into her full potential as a black girl,” she writes. “I know that no such perfect place exists. It’s not something to find but something to create.”

The Breaks: An Essay, by Julietta Singh

Singh opens this intimate and breathtaking letter to her 6-year-old by describing a common yet gutting event: Her daughter has come home from school with a picture book telling a whitewashed version of the Thanksgiving story. An initial feeling of pride that her daughter “colored all four children Brown like you” gives way to the need to explain how the holiday connects to a legacy of genocide. “My job as your mother is to tell you these stories differently,” she writes. Throughout the book, Singh fights to teach her daughter about her origins in a queer, mixed-raced family, and to consistently connect their lives to the global realities of climate change, racism, and colonialism. What pulls me to Singh is the way you can almost hear her voice breaking on the page, even as she gathers herself to press on: “No, I do not want to leave this planet,” she tells her daughter. “What I want is another world. And when I say another world, I mean this one, toppled and reborn.” This is a mother working to complicate simplified and harmful narratives—a mother I could stand and dream alongside.

[Read: Where to turn when you feel “at odds with being human”]

The Trayvon Generation, by Elizabeth Alexander

In her new book, Alexander expands on an essay published in The New Yorker in June 2020, about the generation whose lives have been shaped, for the past 25 years, by stories of Black people being killed by police officers or neighborhood vigilantes. This group includes her two sons, and she writes with a mother’s and poet’s touch. Every word cuts just so, like when she describes how “the specter of violence hangs as constantly as the moon over Black people.” Alongside visual artwork and poems by others, this writing dares to ask if art can really change us. It might seem an outrageous question, when, as Alexander puts it, Black mothers know “that we cannot fully protect our children.” Why, when the country casually marches on despite mass shootings, lynchings, and high Black maternal mortality rates, should we look to art? Because “artists make radical solutions all day long, soup from a stone, beauty from thin air,” Alexander answers. She ends her book with a powerful declaration that Black people have the distinct ability to articulate both the problems with and the possibilities of America, the kind of vision that has continually produced life and wonder even amid darkness and danger.

Breathe: A Letter to My Sons, by Imani Perry

The scholar and Atlantic contributing writer Perry constructed an unsparing, lyrical guide to motherhood in this dispatch to her Black sons. Similar to Singh, she’s honest with her children about the hostility they’ll face, but her warnings can be more urgent: “There are fingers itching to have a reason to cage or even slaughter you,” she writes, recalling a night when she feared that cops responding to a false alarm would mistakenly shoot one of her children. “My God, what hate for beauty this world breeds.” But Perry emphasizes that her boys are not the issue—“Mothering you is not a problem. It is a gift,” she writes tenderly. She also critiques the notion that more knowledge, more videos, more images can save America. “Awareness is not a virtue in and of itself, not without a moral imperative,” she notes, explaining her decision to stop watching videos of police shootings. “I knew the imperative wasn’t there.” The greatness Perry wants for her sons is not tied to money or prestige, but to imagination and connection. And the way she encourages her children to cherish small pleasures, like smooth sheets or a hug, makes existing and parenting when bad news never stops seem more bearable.

[Read: How we must raise our children now]

I was initially nervous about reading a book with hope in the title. How would the author speak to my experiences of despair and anxiety as a Black mother? But Solnit is a writer who can tear down the walls of your brain with a single acute observation, and she earned my attention early, in the 2016 reissue’s new foreword. “It’s important to say what hope is not,” she declares. “It is not the belief that everything was, is, or will be fine.” What she writes about is instead “an account of complexities and uncertainties, with openings.” It’s a hope that makes space for grief and asks us to remember times when the world did, indeed, change for the better. Progress often happens incrementally, and Solnit comes with detailed receipts. Crucially, she points to the merits of not knowing what will happen next: As long as there’s ambiguity, we have to leave room for the chance that we could build a future that will blow our minds again—in a good way.

Previous post The Wrath of a Woman Without Any Options