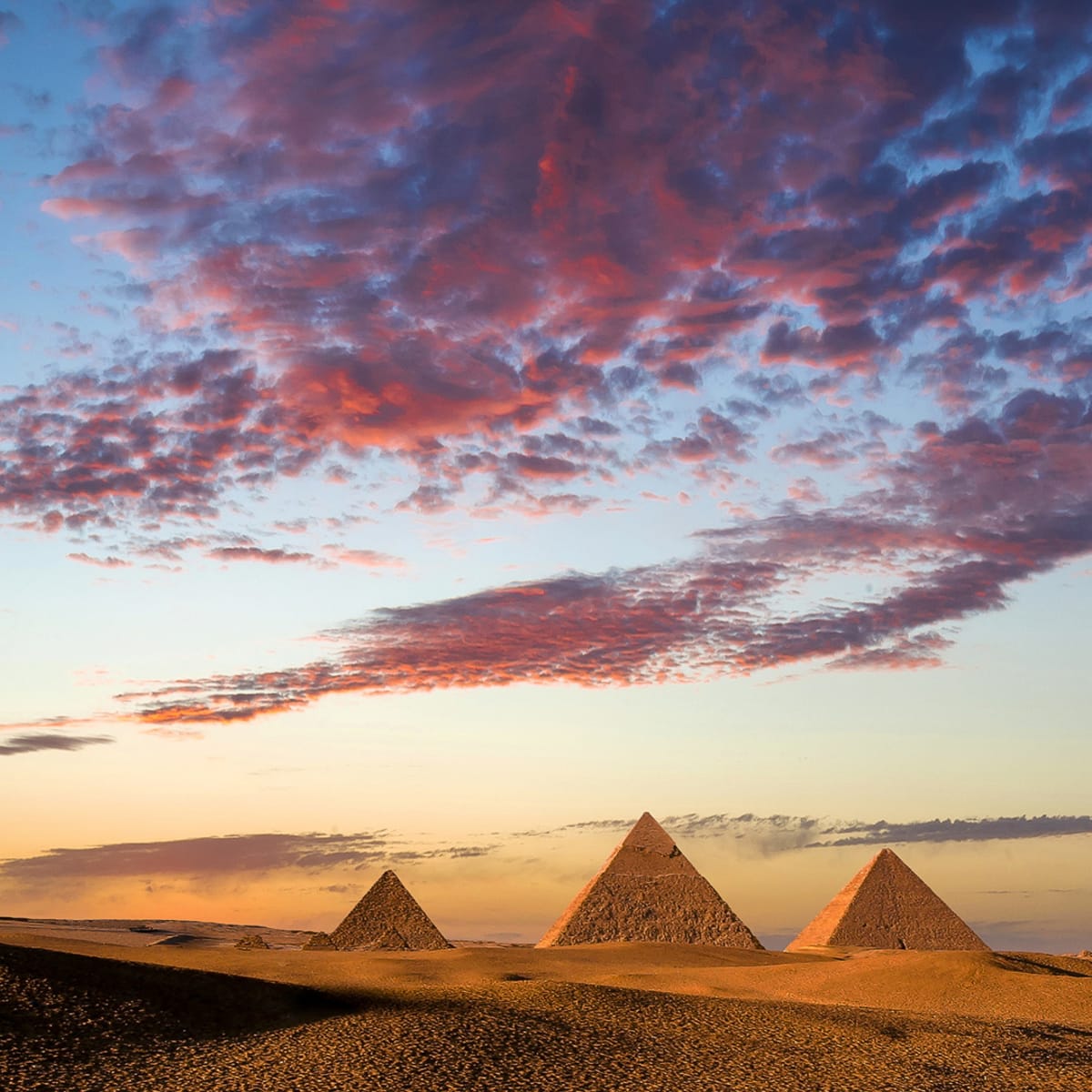 The amazing works of art and architecture known as the Seven Wonders of the Ancient World serve as a testament to the ingenuity, imagination and sheer hard work of which human beings are capable. They are also, however, reminders of the human capacity for disagreement, destruction and, possibly, embellishment. As soon as ancient writers compiled a list of “seven wonders,” it became fodder for debate over which achievements deserved inclusion. The original list comes from a work by Philo of Byzantium written in 225 B.C. called On The Seven Wonders. Ultimately, human hands joined with natural forces to destroy all but one of the wonders. Furthermore, it is possible that at least one of the wonders might not have existed at all. Still, all seven continue to inspire and be celebrated as the remarkable products of the creativity and skill of Earth’s early civilizations.

The Great Pyramid, located at Giza on the west bank of the Nile River north of Cairo in Egypt, is the only wonder of the ancient world that has survived to the present day. It is part of a group of three pyramids–Khufu (Cheops), Khafra (Chephren) and Menkaura (Mycerimus)–that were built between 2700 B.C. and 2500 B.C. as royal tombs. The largest and most impressive is Khufu, known as “The Great Pyramid,” which covers 13 acres and is believed to contain more than 2 million stone blocks that weigh from two to 30 tons each. For more than 4,000 years, Khufu reigned as the tallest building in the world. In fact, it took modern man until the 19th century to build a taller structure. Amazingly, the nearly symmetrical Egyptian pyramids were built without the aid of modern tools or surveying equipment. So, how did Egyptians build the pyramids? Scientists believe that the Egyptians used log rollers and sledges to move the stones into place. The sloped walls, which were intended to mimic the rays of Ra, the sun god, were originally built as steps, and then filled in with limestone. The interior of the pyramids included narrow corridors and hidden chambers in an unsuccessful attempt to foil grave robbers. Although modern archeologists have found some great treasures among the ruins, they believe most of what the pyramids once contained was looted within 250 years of their completion.

Did you know? The Colossus of Rhodes was an inspiration for the Statue of Liberty.

According to ancient Greek poets, the Hanging Gardens of Babylon were built near the Euphrates River in modern-day Iraq by the Babylonian king Nebuchadnezzar II around 600 B.C. The gardens were said to have been planted as high as 75 feet in the air on a huge square brick terrace that was laid out in steps like a theater. The king allegedly built the towering gardens to ease his lover Amytis’ homesickness for the natural beauty of her home in Media (the northwestern part of modern-day Iran). Later writers described how people could walk underneath the beautiful gardens, which rested on tall stone columns. Modern scientists have deduced that for the gardens to survive they would have had to be irrigated using a system consisting of a pump, waterwheel and cisterns to carry water from the Euphrates many feet into the air. Though there are multiple accounts of the gardens in both Greek and Roman literature, none of them are firsthand, and no mention of the gardens has been found in Babylonian cuneiform inscriptions. As a result, most modern scholars believe that the existence of the gardens was part of an inspired and widely believed but still fictional tale.

Statue of Zeus at Olympia

The famed statue of Zeus, the king of the gods in Greek Mythology, was crafted by the Athenian sculptor Phidias and completed and placed in the temple of Zeus at Olympia, site of the ancient Olympics, around the mid-fifth century B.C. The statue depicted the god of thunder seated bare-chested at a wooden throne. Holding up the thrones’ armrests were two carved sphinxes, mythical creatures with the head and chest of a woman, the body of lion and the wings of a bird. The statue of Zeus was richly decorated with gold and ivory. At 40 feet, it was so tall that its head nearly touched the top of the temple. According to legend, the sculptor Phidias asked Zeus for a sign of his approval after finishing the statue; soon after, the temple was struck by lightning. The Zeus statue graced the temple at Olympia for more than eight centuries before Christian priests persuaded the Roman emperor to close the temple in the fourth century A.D. At that time, the statue was moved to a temple in Constantinople, where it is believed to have been destroyed in a fire in the year 462.

Temple of Artemis at Ephesus

There was actually more than one Temple of Artemis: A series of several altars and temples was destroyed and then restored on the same site in Ephesus, a Greek port city on the west coast of modern-day Turkey. The most fabulous of these structures were two marble temples built around 550 B.C. and 350 B.C., respectively. “Apart from Olympus, the Sun never looked on anything so grand,” the writer Antipater of Sidon wrote of the Temple of Artemis at Ephesus.

The original Temple of Artemis was designed by the Cretan architect Chersiphron and his son Metagenes and decorated by some of the most celebrated artists of the ancient world. The building burned on July 21, 356 B.C., according to legend the same night that Alexander the Great was born. It was torched by a Greek citizen named Herostratus, who claimed he burned the marvel so that his name would be known to history. He was put to death and the government declared it illegal to utter his name.

About six years later, the building of the new Temple of Artemis was begun. The new building was surrounded by marble steps that led to a more than 400-foot-long terrace. Inside stood 127 60-foot marble columns and a statue of Artemis, the Greek Goddess of the hunt. Archeologists disagree as to whether the building had an open-air ceiling or was topped with wood tiles. The temple was largely destroyed by Ostrogoths in A.D. 262, and it was not until the 1860s that archeologists dug up the first of the ruins of the temple’s columns at the bottom of the Cayster River.

Located in what is now southeastern Turkey, the Mausoleum at Halicarnassus was a tomb built by Artemisia for her husband, Mausolus, the king of Carnia in Asia Minor, after his death in 353 B.C. Mausolus was also Artemisia’s brother, and, according to legend, she was so grief-stricken at his passing that she mixed his ashes with water and drank them in addition to ordering the mausoleum’s construction. The massive mausoleum was made entirely of white marble and is thought to have been about 135 feet high. The building’s complicated design, consisting of three rectangular layers, may have been an attempt to reconcile Lycian, Greek and Egyptian architectural styles. The first layer was a 60-foot base of steps, followed by a middle layer of 36 Ionic columns and a stepped, pyramid-shaped roof. At the very top of the roof lay the tomb, decorated by the work of four sculptors, and a 20-foot marble rendition of a four-horse chariot. The mausoleum was largely destroyed in an earthquake in the 13th century and its remains were later used in the fortification of a castle. In 1846, pieces of one of the mausoleum’s friezes were extracted from the castle and now reside, along with other relics from the Halicarnassus site, in London’s British Museum.

The Colossus of Rhodes was an enormous bronze sculpture of the sun god Helios built by the Rhodians over 12 years in the third century B.C. The city was the target of a Macedonian siege early in the fourth century B.C. and, according to legend, the Rhodians sold the tools and equipment left behind by the Macedonians to pay for the Colossus. Designed by the sculptor Chares, the statue was, at 100 feet, the tallest of the ancient world. It was completed around 280 B.C. and stood for sixty years until it was toppled in an earthquake. It was never rebuilt. Hundreds of years later, Arabs invaded Rhodes and sold the remains of the statue as scrap metal. Because of this, archeologists do not know much about the exact location of the statue or what it looked like. Most believe that it depicted the sun god standing naked while he lifted a torch with one hand and held a spear in the other. It was once believed that the statue stood with one leg on each side of a harbor, but most scholars now agree that the statue’s legs were most likely built close together to support its immense weight.

The Lighthouse of Alexandria was located on a small island called Pharos near the city of Alexandria. Designed by the Greek architect Sostratos and completed around 270 B.C. during the reign of Ptolemy II, the lighthouse helped to guide Nile River ships in and out of the city’s busy harbor. Archeologists have found ancient coins on which the lighthouse was depicted, and from them deduced that the structure had three tiers: a square level at the bottom, an octagonal level in the middle and a cylindrical top. Above that stood a 16-foot statue, most likely of Ptolemy II or Alexander the Great, for whom the city was named. Although estimates of the lighthouse’s height have ranged from 200 to 600 feet, most modern scholars believe it was about 380 feet tall. The lighthouse was gradually destroyed during a series of earthquakes from 956 to 1323. Some of its remains have since been discovered at the bottom of the Nile.

New 7 Wonders of the World

In 2007, the New 7 Wonders Foundation held a contest to name the “New 7 Wonders of the World.” Tens of millions of people voted for the UNESCO World Heritage Sites that made the list. They span four continents and attract thousands of tourists each year. They are:

PLUS: The Many Places Claiming to Be the ‘Eighth Wonder of the World’ 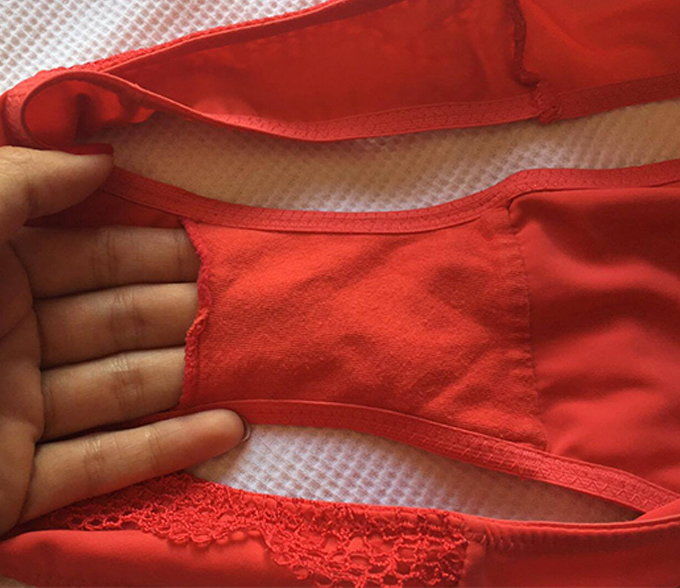 Theories
The Purpose Of The Pocket In Your Underwear, Bobble On The Hat..? 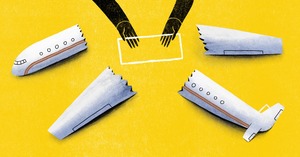 Theories
What do you get if you survive a plane crash? 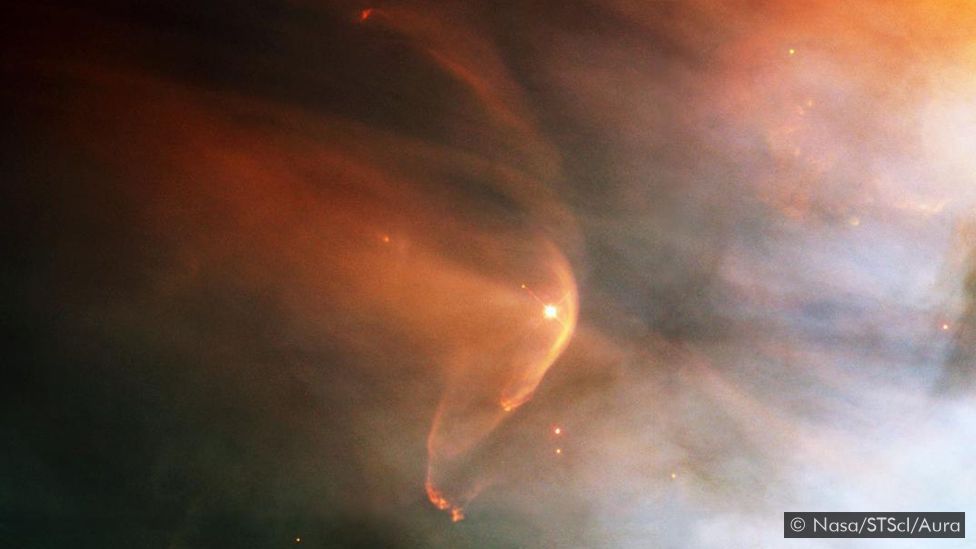 Theories
The weird space that lies outside our Solar System 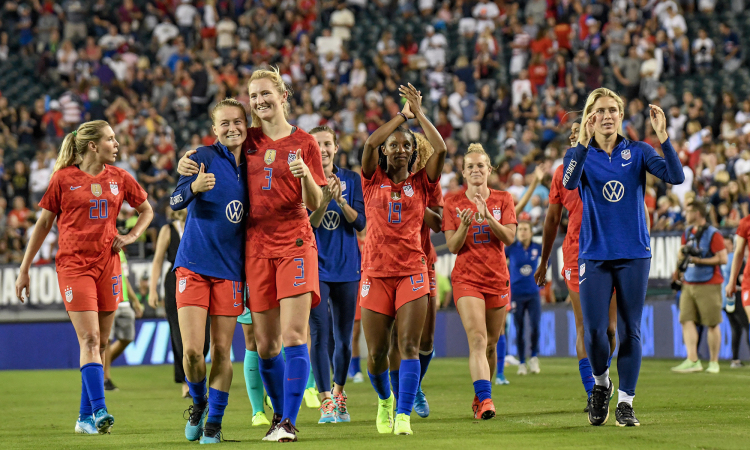 Theories
Sports are designed around men — and that needs to change
We use cookies on our website to give you the most relevant experience by remembering your preferences and repeat visits. By clicking “Accept”, you consent to the use of ALL the cookies.
Do not sell my personal information.
SettingsAccept
Privacy & Cookies Policy