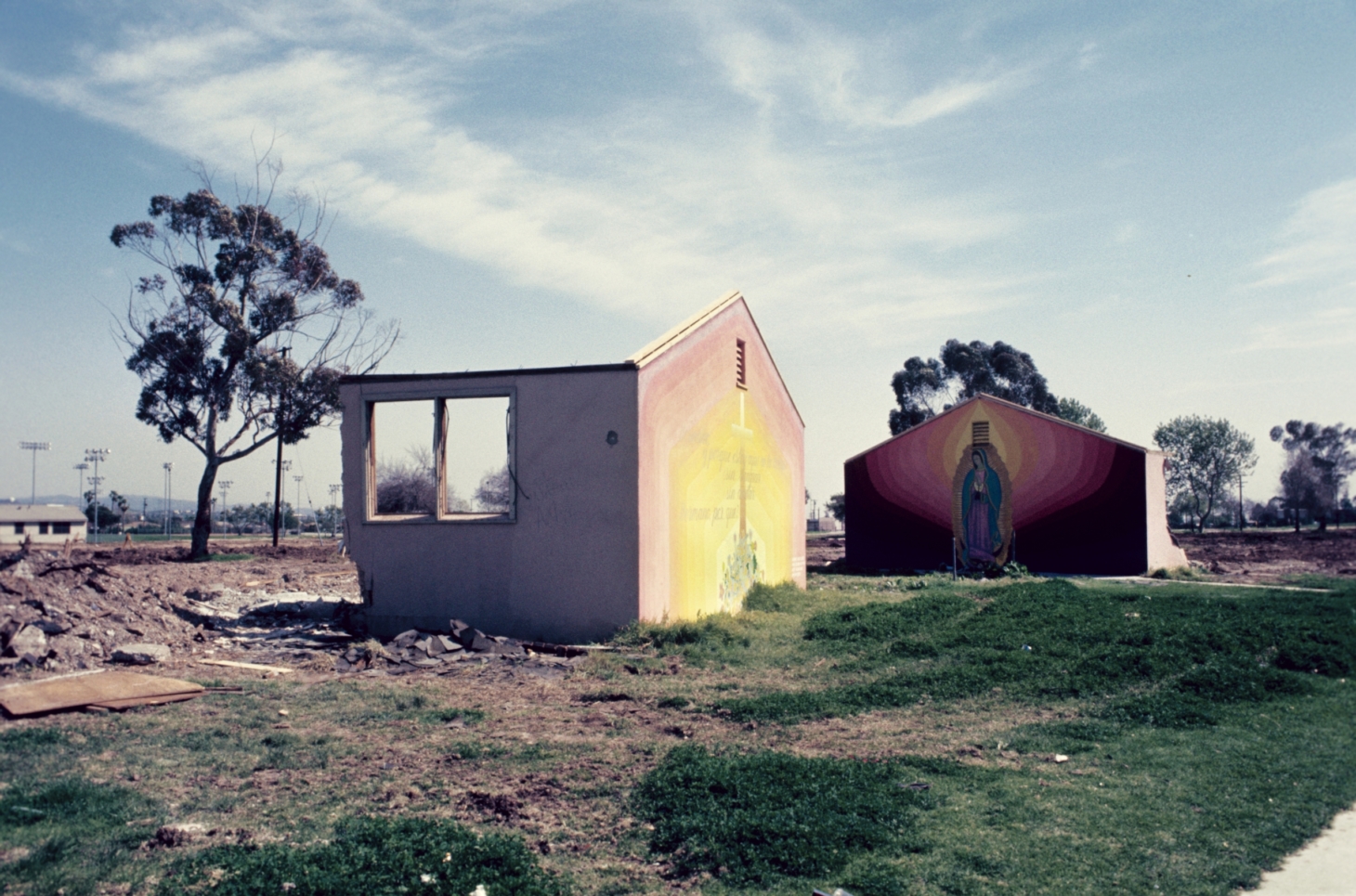 In 1969, a group of Mexican Americans came together to found Católicos for La Raza, an organization that protested the Catholic Church’s neglect of poor and Latino communities in Los Angeles. Led by Ricardo Cruz, a Chicano rights attorney and pivotal figure of the movement, 300 activists marched to the St. Basil Catholic Church in a “midnight mass” protest that aimed to unmask the inherently racist nature of the religious institution, one in a series of demonstrations at the contested church.

Documents pertaining to that historic moment are among the thousands at the Chicano Studies Research Center (CSRC) at the University of California, Los Angeles (UCLA) that will be preserved thanks to a new project focused on religion, faith, and spirituality in Mexican American social history. The three-year archival preservation undertaking will protect the invaluable materials that make up the community’s spiritual patrimony, including over 14,000 photographs and slides; 125 audio recordings; and nearly 250 linear feet of documents.

Made possible by a $349,000 grant from the National Endowment for the Humanities (NEH), the “Religion, Spirituality and Faith in Mexican American Social History, 1940-Present” initiative will process both recently acquired and legacy collections in CSRC’s archive. That trove contains resources on faith-based organizations, such as Católicos for La Raza; Homeboy Industries; and Church of the Epiphany, as well as individuals whose contributions in the religious realm often overlap with art, social justice, and the civil rights movement.

Among them are Chicano photographer Oscar Castillo, known for capturing barrio life and political protests in 1960s and 70s Los Angeles and South Texas; and Sister Karen Boccalero, a Franciscan nun and printmaker who founded Self Help Graphics, a community arts center for Chicano and Latinx artists that still exists and operates today.

“Faith-based organizations and community groups have played a key role in the social lives and civic engagement of the Mexican-descent population since the colonial period of the US,” said Charlene Villaseñor Black, professor of art history and Chicano/a studies at UCLA, in a statement.

Still, there is a troubling dearth of humanities research related to the role of religion and faith in the population’s history, asserts professor and CSRC director Chon Noriega. “You have a highly religious community that has been archived primarily around social and cultural frameworks, so we don’t have a complete picture of the artistic, cultural, and social life of the community.” He hopes the center’s preservation efforts will contribute to filling that gap.

“This project provides a unique opportunity for UCLA to play a leadership role in bringing attention to the role of religion in existing archival resources that can then inform social histories, educational practices, and public programming related to the Mexican American population as a constituent element of US social history,” says Noriega.

The NEH grant also represents an important source of employment opportunities for the UCLA campus community, allowing the CSRC to hire and train students interested in pursuing archival work. CSRC librarian and archivist Xaviera Flores, the project’s co-director, began her own career in the field thanks to a similar grant.

“I am overjoyed to be able to provide someone. now with that same opportunity through this NEH grant and give back to the community,” she said in the statement.

The CSRC was established in 1969, and its library houses the largest number of archival and digital collections on the Chicano-Latino population in the US.