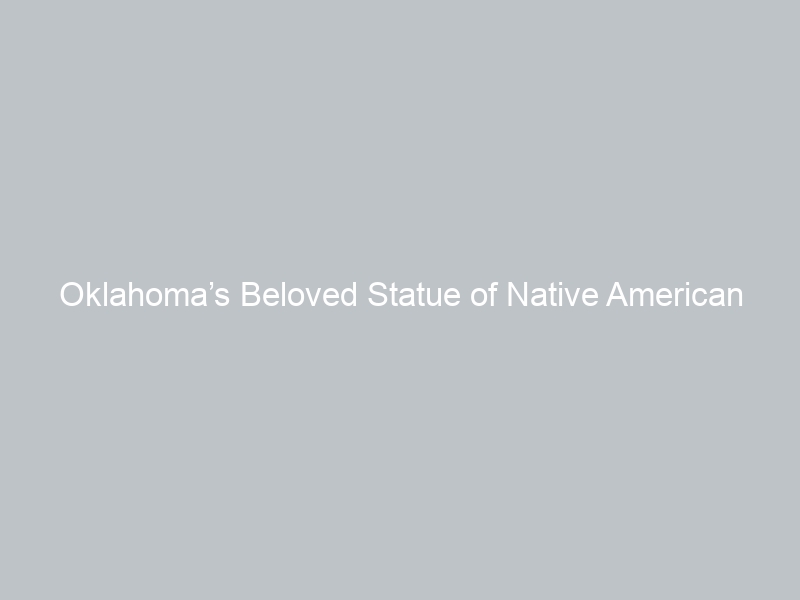 Previously gracing the west lawn of the Tulsa Historical Society and Museum, a statue of Marjorie Tallchief was stolen, hacked to pieces, and found to be sold to a recycling center in Oklahoma for about $250. Tallchief, a ballerina of Osage descent, was the first American and Native American dancer to be named “première danseuse étoile” in the Paris Opera Ballet and was the sister of Maria Tallchief, the first prima ballerina of the New York City Ballet.

The statue was one of in series called the Five Moons, stylizing the likenesses of five Native American ballerinas: Yvonne Chouteau, Rosella Hightower, Moscelyne Larkin, Maria Tallchief, and Marjorie Tallchief. They were sculpted by two artists local to Tulsa, Monte England and Gary Henson, and unveiled in 2007.

The statue was discovered missing last week, and pieces of it were located at a Catoosa recycling plant on Monday.

“Marjorie’s statue didn’t have outward appendages like the others, and is easier to transport,” Tulsa Historical Society Executive Director Michelle Place told Native News Online, addressing why the piece may have been targeted. “Marjorie was also at the end of the statues, away from the street.”

The Tulsa Historical Society is raising money to fully replace the statue and install additional security for the outdoor sculptures. As of now, its GoFundMe page has received over $4,000 more in donations than its initial goal of $15,000. The museum said in an announcement on Tuesday that Henson would replace the statue despite not having the original mold.

Meanwhile, the museum is asking those who might have knowledge about the crime to send tips to the Tulsa Police Department (TPD), which has launched an investigation into the matter. The TPD has not yet responded to Hyperallergic’s immediate request for comment.

At the time Henson unveiled the original sculpture, he said that the work was an “opportunity to express my own appreciation for ballet.”

“It’s a way of looking at the human condition,” Henson continued. “Here are these five American Indian women who are able to do amazing things — to move in ways that most of us can only dream about — and who were able to succeed once they got their chance.”

Next post Lido Finance with $19.1B in TVL, Edges out Curve as the Largest DeFi Protocol
Close
Menu
Social profiles