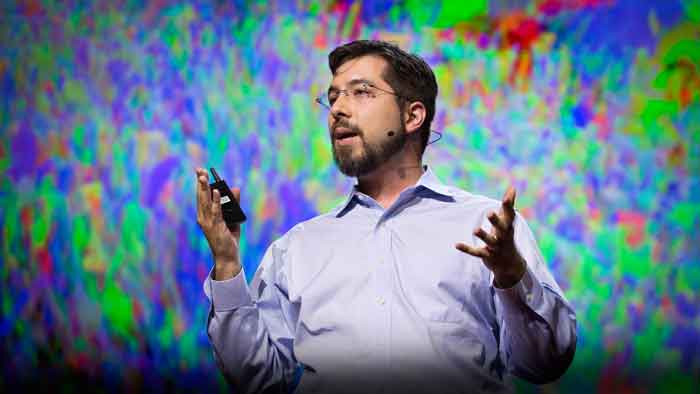 Surface-level brain stimulation. The delivery of an electric current to the part of the brain involved in movement control, known as deep brain stimulation, is sometimes used to treat people with Parkinson’s disease, depression, epilepsy and obsessive compulsive disorder.

However, the process isn’t risk-free — and there are few people who possess the skill set to open a skull and implant electrodes in the brain. A new study, of which MIT’s Ed Boyden was the senior author, has found a noninvasive method: placing electrodes on the scalp rather than in the skull. This may make deep brain stimulation available to more patients and allow the technique to be more easily adapted to treat other disorders.

Neuroengineer Ed Boyden wants to know how the tiny biomolecules in our brains generate emotions, thoughts and feelings — and he wants to find the molecular changes that lead to disorders like epilepsy and Alzheimer’s. Rather than magnify these invisible structures with a microscope, he wondered: What if we physically enlarge them and make them easier to see? Learn how the same polymers used to make baby diapers swell could be a key to better understanding our brains.

This talk was presented at an official TED conference, and was featured by our editors on the home page.
Ed Boyden · Neuroengineer

Ed Boyden is a professor of biological engineering and brain and cognitive sciences at the MIT Media Lab and the MIT McGovern Institute. view originally post on TED Talks.