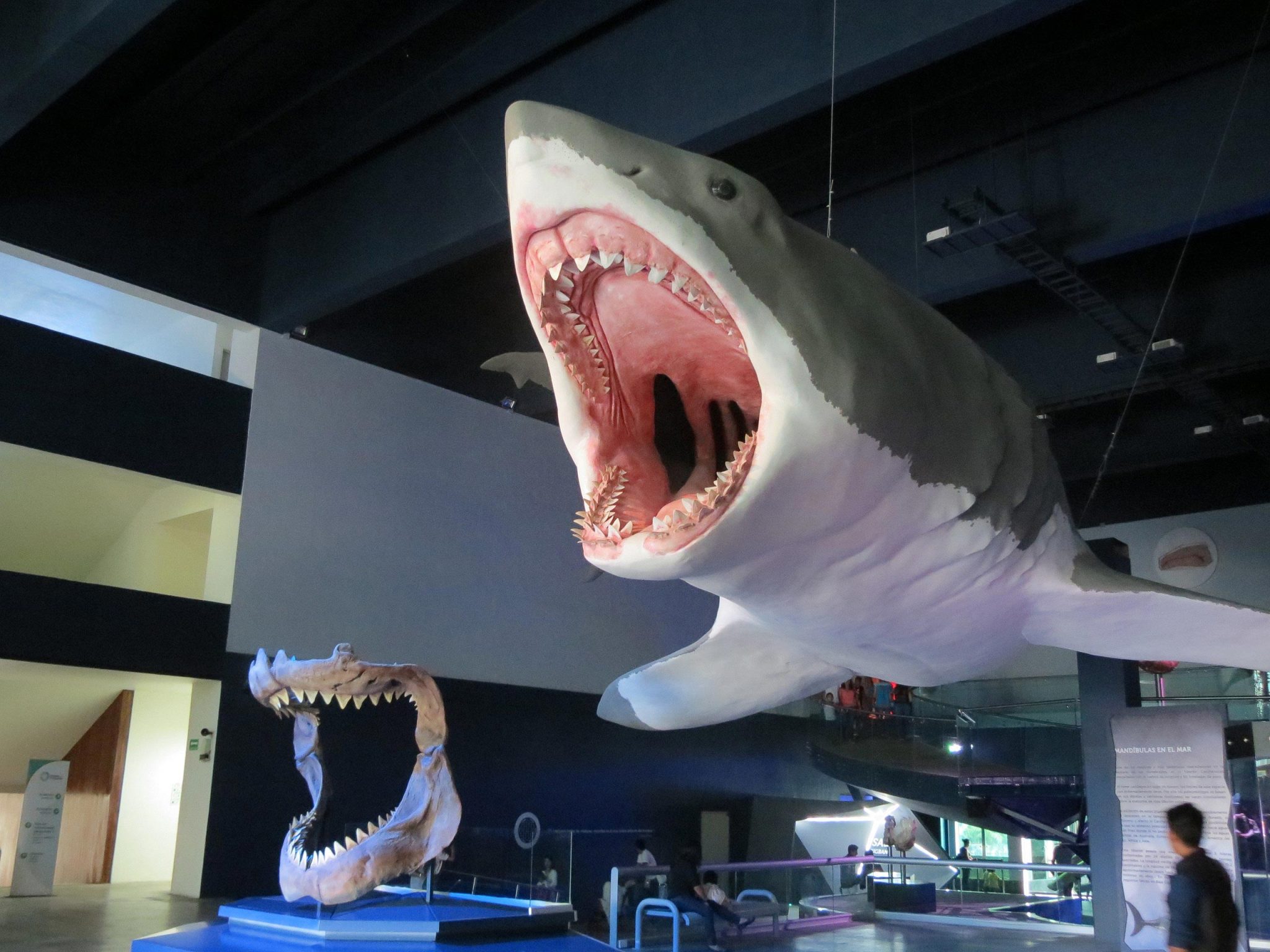 Extinct shark’s shape swims back out of focus.

A new study leaves large tooth marks in previous conclusions about the body shape of the Megalodon, one of the largest sharks that ever lived.

The study, which makes use of a pioneering technique for analyzing sharks, has now been published in the international journal Historical Biology.

Megalodons swam the Earth roughly 15 to 3.6-million years ago, and are often portrayed as super-sized monsters in films such as 2018’s “The Meg.” While there is no dispute that they existed or that they were gigantic, Otodus megalodon are known only from their fossilized teeth and vertebrae. Based on this evidence, studies suggest they reached lengths of up to 65 feet.

Unfortunately, additional fossil evidence from which to draw conclusions about their bodies, such as a complete skeleton, has not yet been discovered.

“The cartilage in shark bodies doesn’t preserve well, so there are currently no scientific means to support or refute previous studies on O. megalodon body forms,” said Phillip Sternes, a UCR organismal biologist and lead author on the study.

Traditionally, researchers have modeled Megalodon bodies on those of modern great white sharks. Great whites are partially warm blooded and belong to the lamniform shark order. Megalodons also belong to this order, and it is believed they shared this partial warm bloodedness with great whites.

It was previously thought having some warm blood is an advantage that could expand sharks’ swimming range, unlike other fish dependent on water temperature. However, it is now believed to increase swimming speed.

“Great whites are among the fastest swimming sharks, so Megalodons were likely also big, fast sharks you would not want to run into in the open ocean,” said Sternes.

There are eight families of Lamniformes, and 15 species. Previous research took five species of warm-blooded Lamniformes, averaged their fin and body shapes and proposed a general model for Megalodons.

Sternes and his colleagues wanted to understand whether the five species used to determine Megalodon’s shape differed somehow from the rest of the order, which includes some sharks that are cold blooded.

The researchers compared the five species to each other, and to the rest of the lamniform order. Using detailed field guide drawings, they performed quantitative comparisons of the sharks’ fin, head, and body shapes.

They found no general patterns that would allow them to tease out body shape differences.

“Warm bloodedness does not make you a differently shaped shark,” Sternes said. “I encourage others to explore ideas about its body shape, and to search for the ultimate treasure of a preserved Megalodon fossil. Meanwhile, this result clears up some confusion about previous findings and opens the door to other ideas once again.”

While others typically use actual organisms or photos of organisms for such comparisons, Sternes pioneered the use of this two-dimensional drawing technique on sharks.

“The purpose of field guides is to identify a species, so the drawings must be accurate representations,” he said. “It’s a technique widely used in biology and works well for sharks since some specimens exist only in remote places.”

Sternes hopes that others use the technique to study snakes, birds, and other animals with specimens that may be difficult to collect. He also hopes others will continue to search for a better understanding of the Megalodon.

“This study may appear to be a step backward in science,” said Kenshu Shimada, study co-author and DePaul University paleobiology professor. “But the continued mystery makes paleontology, the study of prehistoric life, a fascinating and exciting scientific field.”

For more on this research, see Mysterious Megalodon: No One Actually Knows What the Gigantic Shark Really Looked Like.

The post New Research Bites Holes Into Previous Theories About Megalodons – One of the Largest Sharks That Ever Lived appeared first on SciTechDaily.

The Astonishing Simplicity of Everything