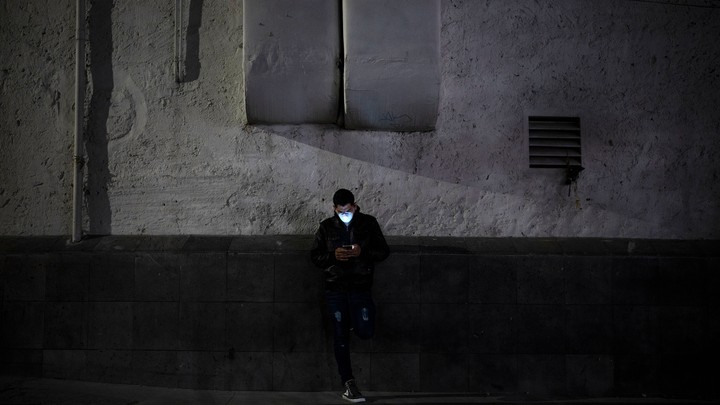 Lives will be lost if Americans allow the culture war to determine whether they cover their face in public.

As America reopens, public sentiment about masks will shape what role they play in the country’s pandemic response. Policy makers, business owners, and unions must decide where masks should be recommended or mandatory. Individuals must decide how scrupulously to heed mask rules, as well as whether to wear masks when doing so is optional or even discouraged.

Getting mask use exactly right may be impossible. We lack full information about the efficacy of masks in many settings, and different people have different value judgments about mask mandates.

Still, the evidence is now quite robust that masks are effective in at least some settings. If Americans simply studied the evidence and behaved accordingly, erring on the side of caution, many lives could be saved––which makes it frustrating that hugely influential broadcasters who reach millions of Americans are turning masks into yet one more front in the culture war, telling their audiences that elites favor the use of face coverings to take away the freedom of the masses.

Fox News’ Laura Ingraham is perhaps the worst offender, in part because she clearly understands the value of mask-wearing in public. In late March, some public-health officials that had cautioned against wearing masks suddenly reversed themselves, and media outlets followed suit. Back then, the Fox News host was an enthusiastic proponent of face coverings. On March 22, she tweeted a compliment of a DIY face mask. “Going back to most jobs after 15 days will require new protocols until this virus burns out,” she tweeted on March 23. “Everyone within 6 feet of others MUST wear masks, constant hand washing, gloves, protective goggles if needed.” On April 3, she alluded to previous top-down cautions against wearing face masks while criticizing “experts.”

That night on her television program, she highlighted Donald Trump, public-health leaders, and others touting masks. She welcomed a doctor who had founded an organization called Masks for All for a friendly interview about the utility of wearing masks in public and how to make one’s own. Near the end of the segment, another DIY video featured the mother of one of her producers making a mask. She did not object to the doctor’s advice to wear masks even after lockdowns end. As late as April 13, she treated masks and gloves as commonsense tools.

Then last week, Vice President Mike Pence visited the Mayo Clinic without a mask, despite the fact that all visitors are required to wear one. CNN pundits and comedians such as Jimmy Kimmel scolded him. Ingraham’s audience suddenly got a very different message on masks, which were recast as a tool to achieve “social control over large populations” through “fear and intimidation.”

Now, Rush Limbaugh made a great point, as he always does, on the radio the other day. He said the virus itself, as it weakens and states start reopening—the media that has been selling this panic for weeks and weeks and weeks, they have fewer images to sell their hysteria to justify a continued lockdown. But the masks? Well, they’re kind of a constant reminder. You see the masks and you think, You’re not safe. You are not back to normal, not even close.

For weeks, Ingraham treated masks as common sense. But when CNN and others began to treat masks as common sense, Ingraham started to cast them as a cynical ploy in a nefarious plot to stoke hysteria and repress freedom. In truth, most members of the media, like most members of the public, would like nothing more than to find that the coronavirus is no longer a threat, that lockdowns can safely end, and that masks can be relegated to dark pandemic memories. But even if it were true that liberal elites were touting masks only to ding Pence, or to needlessly extend lockdowns, those motivations would tell us nothing about the spread of disease. Masks will or won’t reduce deaths independent of the intent of CNN personalities.

But “instead of getting their hands dirty with data, statistics, modeling, or wrestling with the difficult trade-offs involved in responding to dual epidemiological and economic crises,” the writer Damon Linker says of Fox News and talk-radio-type intellectuals during this pandemic, “they prefer to tell ideologically satisfying stories that shoehorn the behavior of people, classes, politicians, and dreaded ‘elites’ into pre-existing assumptions about the culture war.” Populist coverage of masks in particular is driven to an astonishing degree by their hatred of center-left media outlets. This impulse to align thoughtlessly against elites fuels capricious, irrational guidance to rank-and-file populists. Those who are most easily influenced could suffer and spread harm as they reject masks entirely because they associate them with the other side in the culture war.

Some of those harmed may be people I love. My grandparents and friends of my family watch Fox News and listen to talk radio regularly. They live in communities where the influence of these programs looms large. In Southern California last week, many protesters without masks congregated in large numbers to protest the closure of local beaches. As it happens, I believe that opening those beaches and other outdoor areas with social-distancing rules in place would be prudent. And if protesters were risking only themselves, I would not object. But dense, maskless protests could lead to infections among many who didn’t attend. If people want to protest, can’t they wear masks just in case, if only to err on the side of caution for their neighbors? Were they to decide based on the merits of the mask issue, rather than the culture-war premise that eschewing masks is a way to “own the libs,” marginally more would use face coverings.

An incident in Stillwater, Oklahoma, was even more alarming. Starting on May 1, a local ordinance required masks in some public places. According to City Manager Norman McNickle, some store employees were threatened with physical violence and others were “showered with verbal abuse” when they tried to enforce mask-wearing. He added that the mask skeptics were motivated in part by false rumors that police were checking motorists for masks and ticketing the maskless.

Said conservative writer Rod Dreher, “It’s hard to deny that many conservatives have reacted to Covid-19 more out of ideology than fact. That’s exactly what these Stillwater people have done: opposing wearing masks on ideological principle. It’s what Limbaugh is encouraging people to do.”

Fox News and talk radio could do better by their audiences without abandoning populist criticism. For excellent articles that arm readers to make sound judgments on face masks while critiquing elite failures, see the pandemic advice that the risk-communication experts Jody Lanard and Peter M. Sandman have published, their appendix on face-mask advice, and the psychiatrist Scott Alexander’s “Face Masks: Much More Than You Wanted to Know.” The problem comes when outlets that are mainstream in their own right are so oriented around media criticism that they fail to inform. Fox News and the Limbaugh program are not niche products. Many rely on them as a primary source of information. When they turn public-health tools into symbols, they hurt the country, and their loyal audiences most of all.

We want to hear what you think about this article. Submit a letter to the editor or write to letters@theatlantic.com.