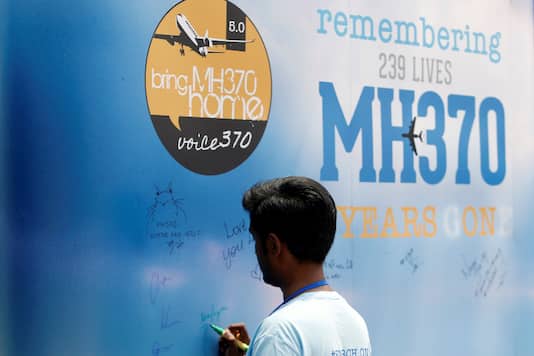 Aviation engineer Ismail Hammad recently shed some light on a shocking theory that concluded that the Malayasian Airlines MH370 landed in the Philippines.

The mysterious disappearance of the MH370 Malaysian Airlines aircraft riddled the global aviation industry after the flight that took off from Kuala Lumpur on March 8, 2014, never landed at Beijing without any signs of crash en route. An official investigation, carried out following the same, deduced that the plane had likely taken a U-turn at the edge of Malaysian-controlled airspace and flew back towards the Malay Peninsula before turning again and flying up the Malacca Strait. This was deduced as the plane was still appearing on the primary radar owned by the military.

On reaching the Indian Ocean, the aircraft was believed to have flown south for several hours before crashing into the sea west of Australia. This recent observation was made using a brand-new technique using data from satellite 3F1, owned by British satellite telecommunications company Inmarsat, which had communicated with the aircraft several times during the journey.

The flight path of the MH370 was traced using Burst Timing Offset (BTO) and Burst Frequency Offset (BFO). However, some claim that the data sets for each did not match.

Speaking to a Sky News documentary in February this year, former Australian Prime Minister Tony Abbott, who was involved in the investigation at the time, stated that it was ‘almost certainly’ a murder-suicide by the plane’s pilot.

He said, “My understanding, from the very top levels of the Malaysian government is that from very, very early on they thought it was a murder-suicide by the pilot.

“I’m not going to who said what to whom, but let me reiterate – I want to be absolutely crystal clear – it was understood at the highest levels that this was almost certainly murder-suicide by the pilot.”

However, search missions in the area of the sea proved the contrary, reports suggested. Amidst numerous speculations, aviation engineer Ismail Hammad had his theory as well. He explained that if the hijacker wanted to commit mass murder of everyone on-board, he could have simply done it straight away instead of taking a bizarre seven-hour trip over the Indian Ocean. He believed that the purpose of hijacking and hiding was something other than mass-murder suicide 3000km south.

Hammad suggests that when the plane disappeared from the military radar near the Andaman Islands, it did not fly over the Indian Ocean. Instead, he believes that it turned around again and flew back east. According to speculations, the hijacker wanted to land the plane somewhere remote before sunrise.

Based on the conclusions, Hammad also worked out a circle of possible destinations that the plane could have reached during the time, based on its speed. And the calculations led to the most likely area – the islands in the South China Sea. Additionally, he also deduced that the previous flight path was a mere ruse.

The cluster of islands in focus is the Philippines which consists of 7,641 islands and a few names to be noted are the Palawan, Mindanao, Badian, Negros, as well as the Sulu archipelago and its largest island Jolo were shortlisted.

Hammad believes that the ones who controlled the plane planned to stay the remaining hours of the night hidden from eyes and radars by darkening the aircraft by switching off all its internal as well as external lights. And as intended, if the plane did manage to land on of the aforementioned islands, there is a slim chance that not all those on board died.