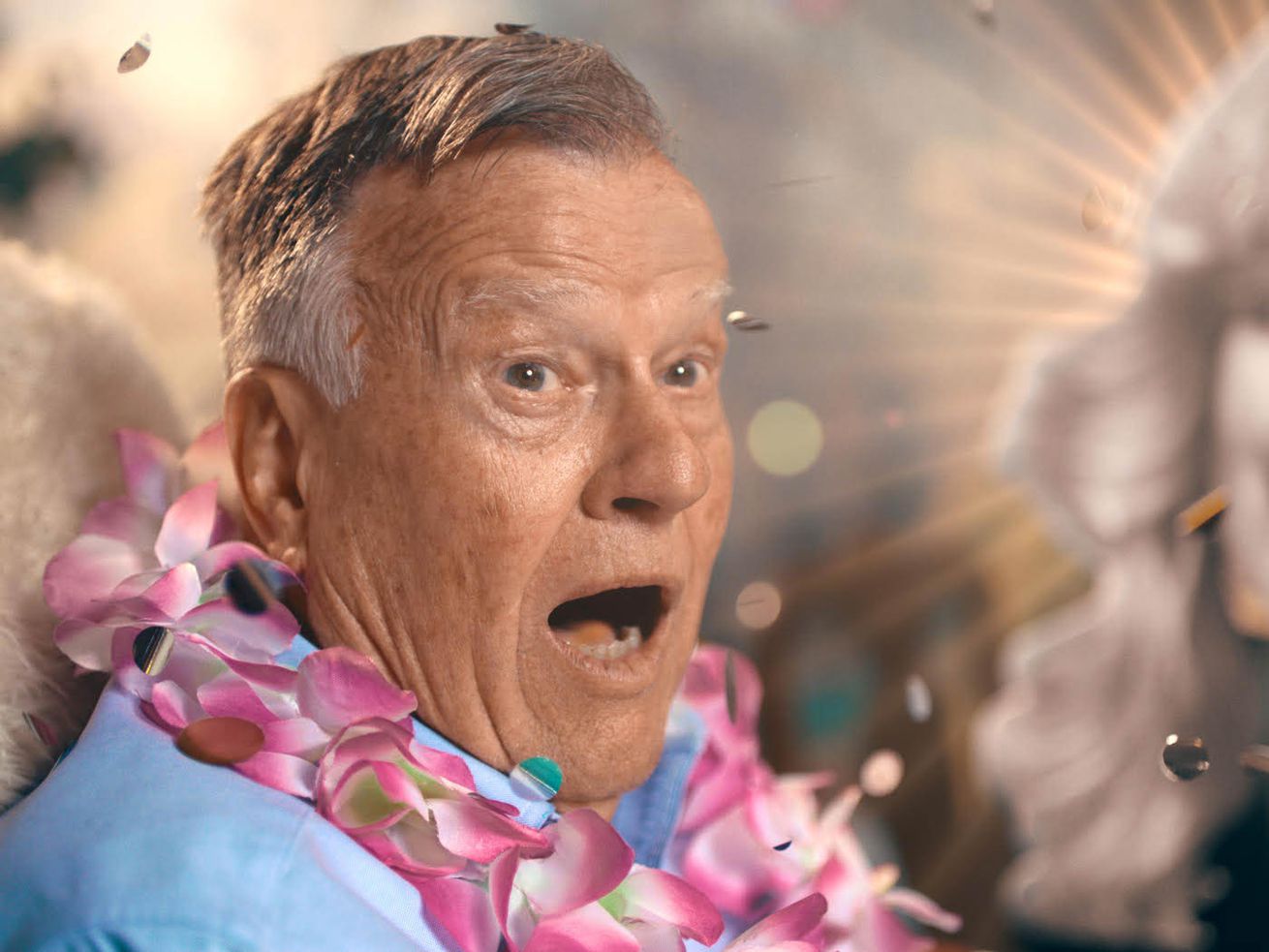 Dick Johnson in Dick Johnson Is Dead by Kirsten Johnson, an official selection of the US Documentary Competition at the 2020 Sundance Film Festival. | John Wakayama Carey/Sundance Institute

The director of Cameraperson returns with a stunning and moving new film.

Watching Kirsten Johnson’s 2016 directorial debut, Cameraperson, I found myself thinking both of St. Augustine and of Jacques Derrida, who wrote that photographs were tightly knit with death. Looking at an image, Derrida said, you are seeing not exactly a person but the body of a person, frozen in time, disconnected from their full being, which reminds you of both their death and of your own. And in Camera Lucida, Roland Barthes’s book on photography written in the wake of his mother’s death, Barthes comes to similar conclusions, linking reminders of mortality and the images that photographs produce.

Cameraperson was one of the best films of the 2010s, a memoir of Johnson’s decades working as a documentary cameraperson. Stitched together mostly from footage from prior projects that had landed on the cutting room floor, the film explores — in a way that evokes Derrida and Barthes — how an image can turn a person into an object to be looked at. A corpse, rather than a being.

The move from Cameraperson to Johnson’s second feature, then, feels natural; it’s called Dick Johnson Is Dead, and in it, Johnson zooms in on her aging father and her relationship with him as they both begin to come to terms with his inevitable eventual passing.

Dick Johnson Is Dead is a little hard to describe in detail, because some of the joy of the movie comes from experiencing Kirsten’s and Dick’s exploration process as creative collaborators, right alongside them. (I guess what I’m saying is, I don’t want to spoil it for you.) It’s a very playful film. In some sequences, Johnson stages her father’s arrival in heaven. In others, we’re not sure if we’re looking at something that really happened or something that’s imagined. Some scenes are shot in a vérité style as Dick plays with his grandchildren, or packs up his office after retiring, or talks about his late wife, Kirsten’s mother, who had Alzheimer’s and died several years ago.

For anyone who’s lost a parent — and, I suspect, a lot of people who haven’t — Dick Johnson Is Dead feels more like a gift than a harrowing viewing experience. We are invited into the intimate experience of helplessly watching someone, or even ourselves, lose the capacities they once had and face what that means. But the presentation of this uncomfortable truth is accomplished with generosity and love.

And most of all, Dick Johnson Is Dead is an exercise in imagination, and an inquiry into whether imagining the death of a loved one and their hopes for the hereafter might magnify or blunt the blow of death when it finally comes. (Johnson’s parents are devout Seventh-Day Adventists, the faith she was raised in, and the ways belief and doubt shape how we confront death are an important part of the movie.)

Which means that in some ways Dick Johnson Is Dead is a gentle rebuke to Derrida’s and Barthes’s ideas about the link between images of people and mortality — or maybe, more accurately, a counterpoint to the idea that this is something to fear.

American culture fears death, hides it, tries to forget it’s going to happen, and goes to great lengths to stave it off. But Dick Johnson Is Dead suggests that learning to confront reminders of death, to even conjure them for yourself and examine them closely, takes some of the sting out of death and replaces it with love. To love someone is to accept that one day, death will part the two of you. The pain of knowing that is built into the act of loving. But we go on loving anyway.

Dick Johnson Is Dead premiered at the Sundance Film Festival in January. It is now streaming on Netflix.