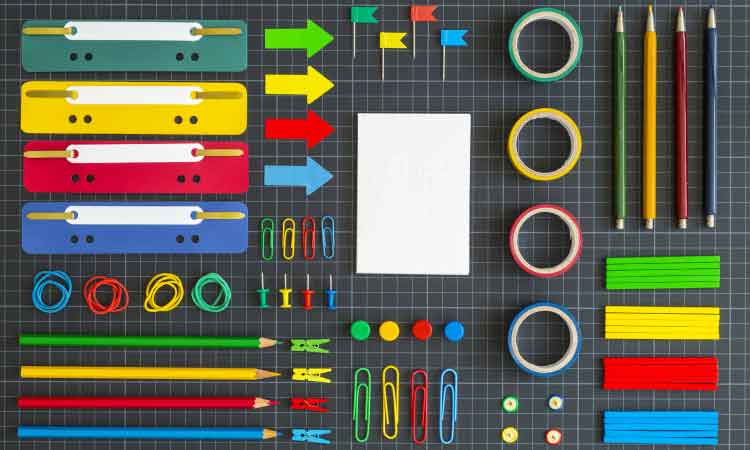 Most of us have no problem admitting that we have more than we need. The difficulty lies in the next steps: How to get rid of it? What room to tackle first? Should we toss, regift, donate, recycle, repurpose, sell?

It’s enough to drive a person to lie down and wait until the impulse to tidy passes. This gentle advice from TED speakers will tell you how to look at the excess in your life, figure out what can go, and restore some order to your space.

Tip #1: Realize that more stuff does not equal more happiness.

Have you ever looked in your kitchen cabinets and wondered why you have so many mugs or cups, yet you use so few of them? Most of us acquire stuff because we think the more options we have, the more satisfied we’ll be. Turns out, we’re wrong. “There’s no question that some choice is better than none, but it doesn’t follow that more choice is better than some choice,” says Swarthmore College psychologist Barry Schwartz.

In fact, a surplus of choices can end up making us less happy. We may get paralyzed by the sheer proliferation (like deciding which of 100 yogurts to buy at the store), plagued by regret about what we didn’t choose — and then we blame ourselves when our choices disappoint.

In your life, think about the daily decisions that bog you down. Is it figuring out what gym clothes to pack? What necklace to wear? Which yogurt to bring to work? Pare down your options to the three or four you turn to most frequently, and give away the rest (or put them [except the yogurt!] in a box — see tip #5).

It is satisfying to spend a blitz weekend organizing and cleaning your home — but inevitably, the clutter and chaos creep back in. Maybe it’s time to adopt a daily decluttering habit? Start by trying this new habit for 30 days in a row.

Google software engineer Matt Cutts has used this technique to explore new interests, such as photography or fiction writing. Adhering to a 30-day pledge means there’s an end date in sight, while performing an activity day after day builds its own momentum. As Cutts completed each of his monthly missions, he reports, he found his confidence growing.

Because this is your personal vow, you’re free to go as big or as small as you want. For example, you could decide you’ll purge one drawer, shelf, rack or equivalent space every day for a month. Or, you could simply promise to always return items to their original places — scissors to drawer; jeans to dresser — for the next 30 days.

As Cutts puts it, “Here’s my question to you: What are you waiting for? I guarantee you the next 30 days are going to pass whether you like it or not.”

Tip #3: Listen to what your clutter is trying to tell you.

The stuff piling up in your home might be a sign there’s something you need to mentally unpack as well. In her work, professional organizer Star Hansen has seen how people’s emotional upheavals can lead to household messes — a lingering argument between husband and wife resulted in a kitchen where the counters couldn’t be seen for the junk; heartbreak drove a man to fill his bedroom with boxes. “Clutter is an external demonstration of our internal storms,” she says.

Look at the things you’ve piled up, and think back to when they crossed the line from unwieldy to just plain unmanageable. Does it line up with an unresolved event or period in your life?

Tip #4. Attack the stress of cleaning with some advance planning.

Let’s just say it together: “Cleaning is stressful.”

In fact, memories of the tension caused by your last bout of cleaning could be dissuading you from doing it again. Not only does stress make us feel out of control and unsettled, it also causes our bodies to release cortisol, which clouds our judgment, according to McGill University neuroscientist Daniel Levitin. This can make us say irrational things like “I’ll always be a messy person” or “I’m just not capable of getting organized” — and believe them.

Inspired by psychologists Daniel Kahneman (TED talk: The riddle of experience vs. memory) and Gary Klein (TEDxDayton talk: Lightbulb moment), Levitin suggests we engage in a “premortem” before a stressful task — envisioning every possible thing that could go wrong. “We all are going to fail now and then,” he says. “The idea is to think ahead to what those failures might be, to put systems in place that will help minimize the damage, or to prevent the bad things from happening in the first place.”

Before you embark on a tidy-a-thon, ask a family member or friend to talk you through it and help you anticipate potential hiccups. Do you have all the supplies — cleaning products, trash bags, giveaway boxes and labels — you need? Where will you put the stuff you’re getting rid of? Could your work be impeded by the weather, pets, kids? If so, how can you contain their impact? Set up your firewalls, gather your resources — and then get started.

Tip #5: Put everything you don’t need in a box — and forget about it.

Is there a bag or box of stuff that’s sat untouched in your home for a year or more? Instead of beating yourself up about it, use it as a shortcut to a more stripped-down life.

Several years ago, minimalist designer Graham Hill realized he had his own box of shame — a carton he kept moving from apartment to apartment. Like many people, he assumed it had to be important because he’d lugged it around. In a flash of insight, he realized the fact it had gone unopened for so long meant its contents were unimportant — and he could toss it. He says, “What’s in the box? It doesn’t really matter. I know I don’t need it. What’s in yours?”

Learn from his epiphany, and jettison your own boxes of shame. You can also use this tactic proactively. Is there something you’ve contemplated shedding but the thought “Wait! I might need this someday!” stops you from following through? Do this: Put it in a box, tape it shut, and place the box in a closet or corner. Set a notification in your calendar for 12 months from that date. If you haven’t opened your box by the time you get the reminder, discard it.

Tip #6: Elevate your attitude toward cleaning.

Cleaning is meaningful work that’s worth investing in, declares TED Fellow and graffiti artist Mundano. Since 2012, in a joyous public art project called “Pimp My Carroça,” he and a team of volunteers have decorated hundreds of carroças — carts used by the people who collect recyclable trash from the streets of Brazil — in order to celebrate this “vital part of our society,” as he puts it. These men and women perform “honest and essential work.”

Rather than regarding tidying as a chore to be dreaded and rushed through, try to view it as worthwhile labor needed to maintain a place where you can live and thrive. Choose gadgets befitting this important task. If the shabby bucket of sponges and brushes under your sink makes your heart sink, upgrade them. Plus, when your tools give you joy, you’ll be more likely to use them.

Tip #7: Turn down the volume on your inner nitpicker.

When you’re done with your cleaning and organizing, there’s a chance it may not measure up to your expectations — your space still looks more real life than Real Simple and you think, “Why did I even bother?”

This kind of naysaying attitude is common, says University of California Davis social psychologist Alison Ledgerwood. “Our view of the world has a fundamental tendency to tilt toward the negative.” But she adds, “We can retrain our minds if we put some effort into it.”

While the last steps of cleaning usually consist of putting away your supplies and discards, add a PS to your process: Take a minute, gaze around, and appreciate what you’ve accomplished.

By Chelsea Catlett / This article published on Ideas.Tom.com

Previous post The walking dead: Fossils on the move can distort patterns of mass extinctions