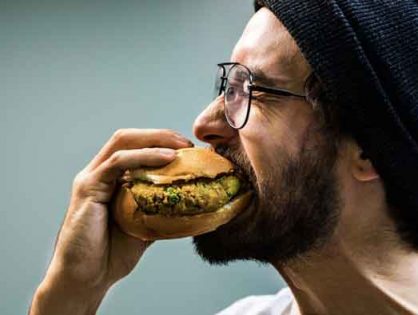 As humans, we tend to want food when we’re hungry. It makes sense, right? Our stomach growls and we reflexively look for something to eat. But what if I told you eating on an empty stomach was bad for you?
Think back to the last time you were hungry, I mean really hungry. Did you sit down with a balanced meal?

Probably not. Once we get to the point of saying, “I’m so hungry I could eat a horse!” we are likely to overindulge in whatever food we can get our hands on.

When your stomach is empty, your blood sugar levels drop, sometimes rapidly. Because your body wants to take care of itself, it focuses on getting fed with whatever high-calorie foods it can find. Have you ever noticed your cravings for junk food tend to be highest when you’re ravenous? That’s why.

When you’re hungry, almost any food looks good. But even once you get the food and finish eating, you tend to feel the need to find more food because you don’t yet feel satisfied! The hungrier you are, the harder it becomes to resist unhealthy foods like burgers, pizza, ice cream, sweets, etc.

A research about shoppers going to the grocery store while hungry has shown that they’re a lot more likely to consume unhealthy food. Shopping while hungry can result in unhealthy meals for the rest of the week. Aner Tal of the Food and Brand Laboratory at Cornell University says,[1]

“hungry people tend to think of more high-calorie foods that provide more energy, which affects the choice of foods they buy for the week. These foods may include red meat, candy and salty snacks, in contrast to lower-calorie foods like chicken breasts, vegetables and fruits”.

When the body is deprived of energy, it goes into survival mode. When that happens, the natural response is to reach for high-calorie foods to replace calories lost and store them in the body in case of another famine. It’s like hibernation, but it only leads to gained weight and ill health.

If you know you have a bad habit of waiting until the last minute to eat, start by having a healthy snack around at all times. If you work at a desk, have some almonds or other high protein snacks in a drawer. When you feel yourself getting hungry, grab a handful of nuts to ward off that painful hungry sensation.

If you feel you don’t know where to begin when it comes to stocking up on healthy snacks that aren’t just raw veggies, this article can provide some great suggestions! These snacks should not serve as meal replacements, necessarily, but rather a way to settle the hunger until you can have a balanced, healthy meal. When you have some form of backup food in reach, it makes it easier to eat well, even in a rush.

So the next time you are making your grocery list, make sure to stock up on healthy snacks that are easily portable, as well as foods you can make into healthy meals for breakfast, lunch and dinner. Not only will you feel healthier and less stressed about finding something to eat when you’re hungry, but you’ll be so much happier with how you are treating your body.

The post Eating With an Empty Stomach Is Bad for You? appeared first on Lifehack.

Previous post What is the ideal age to retire? Never, according to a neuroscientist