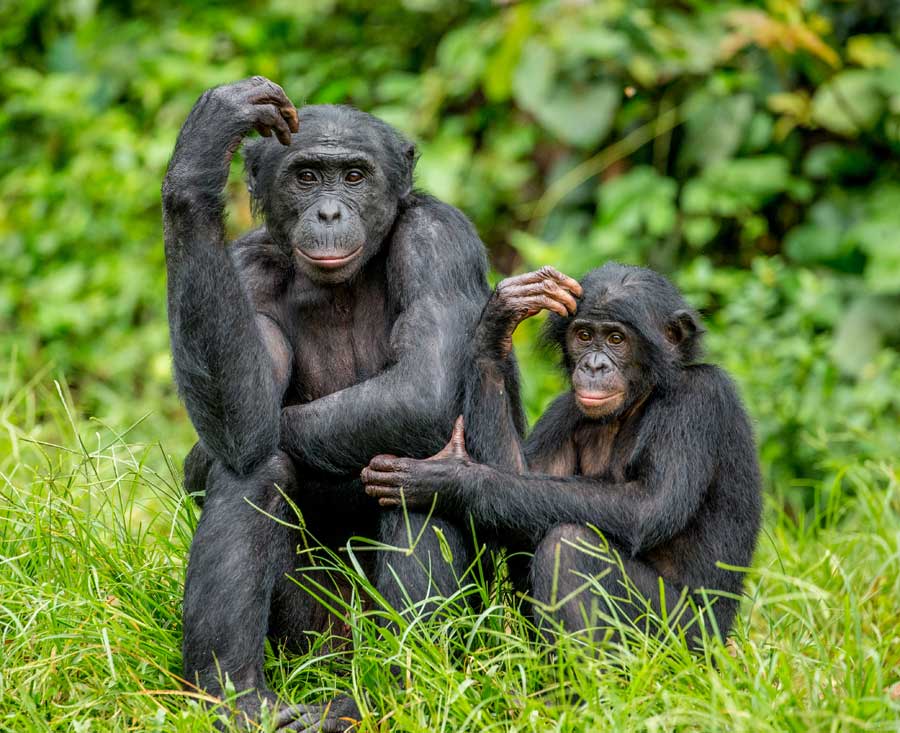 It’s horrible to hear about animal abuse cases or read the ways humans are endangering many species. Fortunately, there are things we can do to speak for them. One of the ways we can help and lend our voices to good causes is by signing petitions. Such petitions are sent to people in powerful positions that can make a change, especially when they see just how many people stand behind the cause. We can demand change, justice, and stop tragedies by speaking up and doing our part.

There are horrifying things happening around the world every week like the captive breeding and canned hunting of lions, the poaching of endangered wolves, the senseless murder of innocent dogs, and the destruction of the natural habitat of beautiful species. If you are looking for a way to help animals, here are 10 petitions you should sign this week!

We want to thank you for being the change you wish to see in the world and giving a voice to the voiceless.

The population of gray wolves in the USA has just begun to recover thanks to protections from the Endangered Species Act. In the twentieth century, due to hunting, trapping, and habitat loss, their population was driven to near extinction. Now the current administration wants to “strip every gray wolf in the lower 48 states of crucial Endangered Species Act protections.” If this happens, gray wolves would “likely face aggressive hunting and trapping immediately.” Sign this petition to let the Department of Interior Secretary know that you are against the removal of their protections!

Bonobos are humanity’s closest living relative. They are an endangered species of apes that live exclusively in Africa’s Congo Basin located in the Democratic Republic of the Congo (DRC). An estimated 15,000 bonobos remain in the wild because of poaching and habitat loss. The bonobos are a peaceful, matriarchal species—they are affectionate and empathic animals with strong social bonds. Sign this petition to advocate for the protection and conservation of this beautiful species!

3. The Amazing Race Must Apologize for Promoting Elephant Torture!

Source: The Amazing Race Must Apologize for Promoting Elephant Torture!

Recently, on an episode that aired on April 24, 2019, the show The Amazing Race required contestants to ride an elephant through a body of water to their next clue. The host Phil Keoghan said there is no whipping or kicking at the Elephant Conservation Center, only loud commands. However, all elephants taken from their mothers as babies to be used for giving rides to humans undergo the cruel phajaan, soul-crushing process. Even if that specific place isn’t cruel to the elephants, as the petition states, many people may have watched the episode and now added riding an elephant to their bucket list or travel plans and will now be supporting the cruel animal exploitation that happens in the tourist industry. Sign this petition if you want The Amazing Race to apologize for promoting this on their show.

4. Dogs And Cats Used In Research Deserve A Chance To Be Adopted

Source: Dogs And Cats Used In Research Deserve A Chance To Be Adopted

Recently, when Dow was exposed for their cruel testing on beagles, the world responded angrily and the beagles were released. Not only are animals in horrible experiments like this tortured, but even if they are healthy at the end of the experiments, they are euthanized. Although ideally, animals wouldn’t be used in lab research at all, a bill proposed in Michigan that would require that at the end of lab tests, animals be adopted and not euthanized. Sign this petition to show your support for the bill!

5. Justice for Dog Who Died in a Boarding Kennel and Was Wrapped In A Ball Of Tape

Source: This Boarding Kennel Returned Kirsten’s Dog To Her Dead And Wrapped In A Ball Of Tape

Kirsten Kinch left her husky Nova at a kennel in Dublin while she went away for just three days to Iceland. When she returned she was told her dog died that morning and was handed a big ball of masking tape in which they put her dog’s body. Kinch, devastated, took her dog to the vet where it was confirmed that it was indeed her dog and that the husky died from internal bleeding. She has not received any more information from the kennel. This is a horrible case of negligence and possibly worse. Sign this petition to ask the Dublin SPCA and Irish Police to investigate P & E Boarding Kennels for negligence.

David Eason, husband of MTV Teen Mom reality star, Jenelle Evans recently pummeled and then shot and killed his wife’s ten-pound French bulldog, Nugget. He claims the puppy was biting their daughter. Nugget was just a puppy and clearly needed training. He didn’t need to be killed. Evans posted sad messages about her dog’s death saying she is devastated and her cast mates have all spoken out demanding justice for Nugget. MTV has taken a side and chosen to no longer film Evans or her husband, but no legal charges have been pressed yet. Sign this petition asking the authorities at Columbus County, NC to further investigate Nugget’s death and press charges against Eason.

Because of the amount of feral cats in Australia, the government has approved plans to kill 2 million cats by 2020, and more than 211,000 cats were killed in the program’s first year. As this petition states: “Humane, non-lethal solutions, like exclusionary fencing or traps for trap-neuter-return, are just as available as guns and poisons. Tax-payer dollars spent creating new poisons and contraptions to deliver them could be re-purposed toward spay/neuter programs and sanctuaries for threatened animals.” Sign the petition to demand an end to the cat culling!

8. Eleven Seals Live in a 3-Foot Deep Pool, All So This Aquarium Can Make Money

Source: Eleven Seals Live in a 3-Foot Deep Pool, All So This Aquarium Can Make Money

The Seaside Aquarium in Seaside, Oregon has 11 captive harbor seals in a small enclosure just 100 yards from the Pacific Ocean. The seals are imprisoned in an enclosure that is just about 8×5 feet wide and 2.5 feet deep. It’s absolutely miserable. They clap and howl begging and competing for the bits of fish that are divided amongst all eleven of them. Sign this petition asking Seaside Aquarium officials to send the seals to a sanctuary where they can live peacefully.

9. Put an End to Cruel Lion Farms that Breed Captive Lions to be Killed

Source: Lion Farms Are Real, And What Happens At Them Will Make You Sick

The population of wild lions in Africa is sadly decreasing, but there are about 200 “lion farms” in South Africa that have bred 12,000 lions. The lions are bred to eventually be killed. Wealthy westerners pay between $13,000 and $55,000 to kill the lions in enclosed facilities in what is known as a “canned hunt.” The lions are “released” into fenced enclosures where they have no chance of actually getting away and are shot and killed. Then their bones and body parts are shipped east to be sold as “medicine and trinkets.” Sign this petition to demand the end of lion farms and a ban on canned hunts!

Being publicly-funded gives us a greater chance to continue providing you with high quality content. Please support us!

Sign these 10 petitions to demand justice for murdered dogs, protection for endangered species, a ban on lion farms and canned hunting, and more!

The post Ban Lion Farms & Canned Hunts and Protect the Bonobos: 10 Petitions You Should Sign This Week to Help Animals! appeared first on One Green Planet.