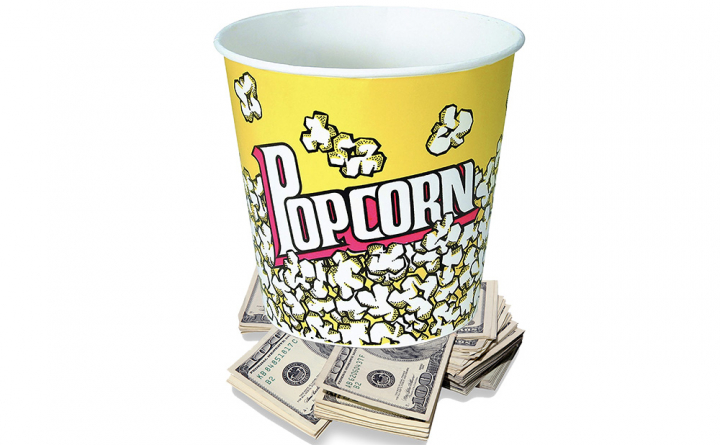 Around the holidays, a few deep-pocketed studios will release their big-budget family movies trying to appeal to everyone across demographics and keep kids on school vacation entertained for a few hours. It’s a recipe that’s worked well for the latest Star Wars sequel from J.J. Abrams, The Rise of Skywalker, which made record sales at the box office in the week leading up to Christmas Day. Despite tepid reviews, many Star Wars fans and families flocked to the theaters, adding to Disney’s dominance in the theatrical space. Including its acquisition of 20th Century Fox back in March, Disney can be credited with producing 80% of the top ten box office hits of 2019.

With so much focus on a giant, highly anticipated sequel for a franchise the size of Star Wars, smaller studios movies feel crowded out. That hasn’t stopped the Safdie brothers’ Uncut Gems from shining. The film pulled in its first million on just five screens in its two weeks of release before rolling into more than 2,000 theaters on December 25. A24’s holiday release follows Howie (Adam Sandler) through a number of highs and lows of his quest to get his hands on a precious black opal and win the biggest bet of his life.

There are a number of other gems to be found in theaters beyond the big marquee franchises and famous faces. What Karim Aïnouz’s Invisible Life lacks in US star power, it more than makes up for in its tense drama about two sisters separated by fate in 1950s Rio de Janeiro whose dreams and passions are unmet by society’s limits on women. Now in limited release, Invisible Life can be found in two theaters, one in Los Angeles and one in New York, before it will roll out into more theaters in January.

Greta Gerwig’s adaptation of Little Women made a strong debut on its Wednesday release, earning over $6 million on its first day. Terrence Malick’s A Hidden Life has gone on to expand into more cinemas, growing from just 5 theaters to 106 last week. Bong Joon-Ho’s Parasite continues to thrive, crossing past the $20 million mark in its 11th week in release — a rarity for most independent movies released in the US. Parasite may earn enough to crack into the top ten foreign language films released in the US, according to Deadline. After a successful limited run, Jay Roach’s Bombshell, a movie about the #MeToo scandal at Fox News, will also expand into more theaters.

Despite the number of blockbusters and critically praised films over the past year, ticket sales slipped 4% from last year’s busy 2018 calendar. Some industry insiders have wondered if this is the effect of streaming services on theatrical releases. While some streaming distributors like Amazon have traditionally released their films before making them available to their members, Netflix has started to adopt limited theatrical runs for some of their chosen awards contenders like Noah Baumbach’s Marriage Story, Martin Scorsese’s The Irishman and the Senegalese entry for best International Film, Atlantics from first time feature director Mati Diop.

Top Ten Movies at the Box Office on Dec. 25:

Previous post The Hirshhorn Shows Off Its New Duchamp Collection