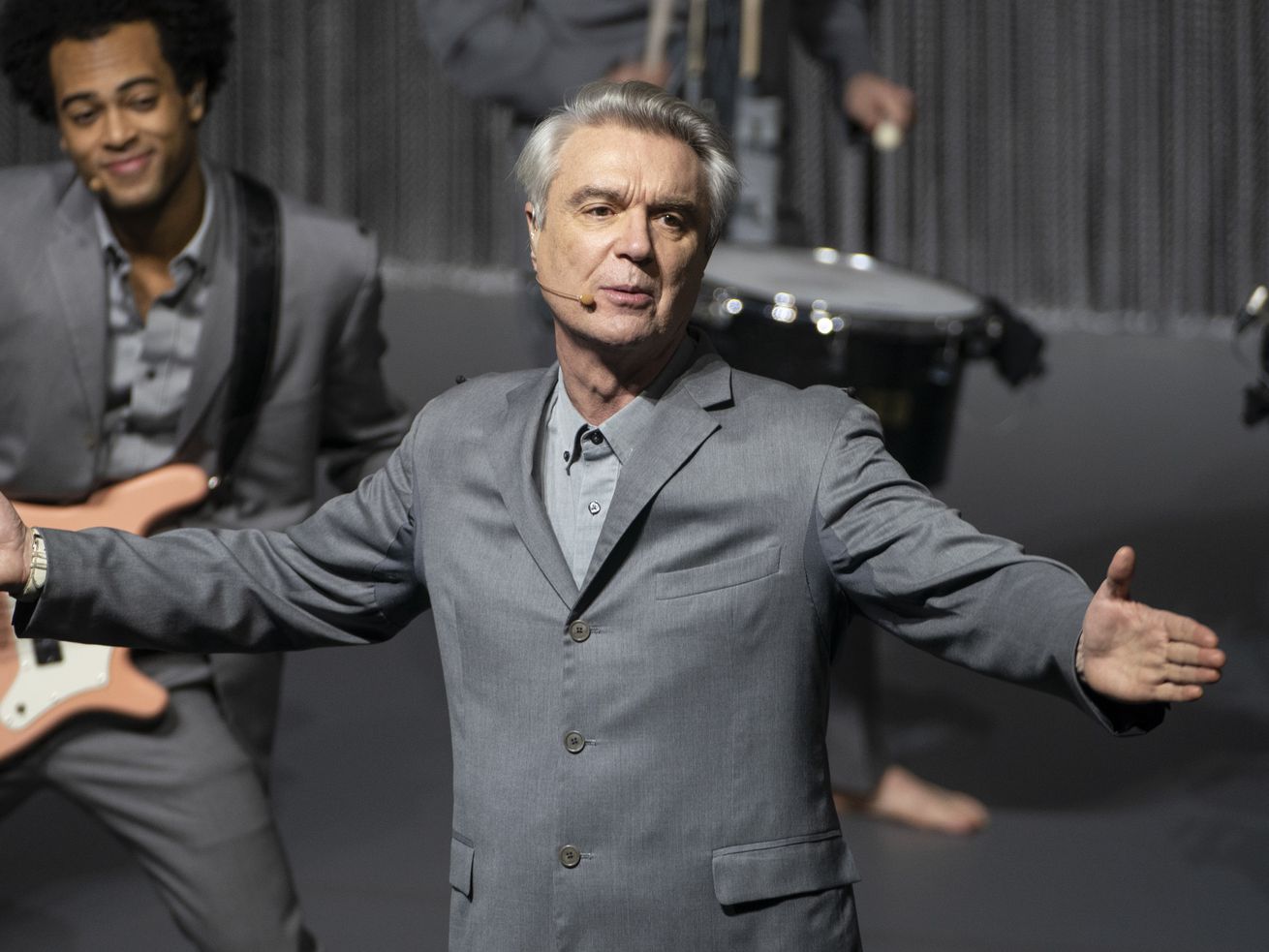 A drama, a documentary, and two filmed Broadway plays show a country at a crossroads.

Look, I think a lot of us can agree that America isn’t looking great these days. The land of the free and the home of the brave is exhausted, sick, anxious, distracted, and at war with itself. As we’re just a few weeks out from a momentous election, it’s not controversial to say that this is not the country’s shining-est moment.

So while I don’t know whether it’s by design or by accident, it’s serendipitous that four movies premiering on digital services this weekend try to thread a tricky needle: seeing America for what it is, and finding hope in it anyhow. Two are film versions of acclaimed Broadway plays; another is from one of the country’s most acclaimed screenwriters; and one is one of the best documentaries of the year.

The pictures these movies paint are by no means rosy. They don’t traffic in myths about restoring former greatness or being our best selves. But the people who made them are looking for the kernel of humanity in the midst of injustice, and in their own ways, each of them find it.

Put all four together, and you start to see a portrait of America that is thoughtful, layered, and hopeful, drawing on the past to understand the present and finding something in the present to point us toward the future. I can’t think of a better theme to seek out in these trying, challenging days.

Watch Time for a heartbreaking story of real courage and hope

Heartbreaking and passionate, Time is the chronicle of a love deferred and the life that hope can provide. Garrett Bradley’s documentary follows Fox Rich (a.k.a. Sibil Richardson), who has spent 21 years doggedly petitioning for her husband, Rob, to be released from prison. Rob is serving a 60-year sentence for a youthful crime in which they were both involved; meanwhile, Fox has been raising their six children and becoming a powerful advocate for change in her community.

Time details her struggle, demonstrating how mass incarceration persistently separates Black families in America, as well as how bureaucracy and centuries of narratives conceal the truth and pain of those separations. And all along, Fox has been making videos at home, which feel like a diary of her pain, endurance, and commitment to hope.

How to watch it: Time is streaming on Amazon Prime Video.

Watch What the Constitution Means to Me for an angry and hopeful perspective on law, debate, and rights

When Heidi Schreck was 15, she’d travel around the Pacific Northwest for speech competitions hosted by American Legion chapters, giving extemporaneous addresses on the meaning and importance of various constitutional amendments. Years later she recreated that experience with What the Constitution Means to Me, which garnered Tony and Pulitzer nominations during its 2019 Broadway run. Schreck wrote and starred in the play, in which she pretends to be her 15-year-old self, talking about the Constitution — at least until her youthful optimism is challenged by both her adult realism and the stories of her family’s past.

The filmed version of What the Constitution Means to Me (with direction from Won’t You Be My Neighbor’s Marielle Heller) captures that moving, angry, heartbreaking, and strangely inspiring Broadway show. Schreck deftly shifts between her own personal history, stories from the lives of her women ancestors, and deeply researched knowledge about Supreme Court decisions and arguments, weaving together policy, rights discourse, and lived experience. And she finishes by sparring with a teenaged debate partner about the future of the Constitution — a moment that shows the power and true purpose of real, thoughtful debate.

How to watch it: What the Constitution Means to Me is streaming on Amazon Prime Video.

The Trial of the Chicago 7 is a signature Aaron Sorkin humdinger, a courtroom drama about the past with the present on its mind. Its subject is the six-month trial of a group of men who were charged with conspiracy and crossing state lines with the intent to incite a riot in Chicago during the 1968 Democratic National Convention. The men did travel to Chicago to protest the Vietnam War. Rioting did happen. But the men didn’t conspire — and what’s more, they’ve insisted that the Chicago Police Department started the violence.

Sorkin wrote and directed The Trial of the Chicago 7, which fiddles a bit with actual historical events in service of the story. But the movie draws parallels between issues that mattered back then — racism, militarized police, unevenly meted justice, challenges to the right to protest — and those that still resonate today. With a brilliant cast that includes, among others, Mark Rylance, Eddie Redmayne, Sacha Baron Cohen, Jeremy Strong, John Carroll Lynch, Yahya Abdul-Mateen II, Frank Langella, and Joseph Gordon-Levitt, The Trial of the Chicago 7 is a film aimed at connecting the dots of the past to those of the present, and suggesting that sometimes the long arm of justice runs through rocky territory.

How to watch it: The Trial of the Chicago 7 is streaming on Netflix.

In 2019, former Talking Heads frontman David Byrne mounted a Broadway show that wasn’t a concert or a play or a musical or anything, really, other than a recognizably Byrne-ian production. On a gray-hued stage full of lights and texture, accompanied by a group of brilliant barefoot musicians and singers clad in matching gray suits, Byrne wove a story of America. Songs from his catalog were reimagined for a joyous ride through his mind — and through how he imagines the possibility of an American utopia.

Spike Lee captured the whole thing on film, and the result is David Byrne’s American Utopia, a simultaneously realistic and surrealistic journey through what makes a nation a nation: We share the same home. Byrne’s songs query the notions of house and home and what they mean in an American context. His answer is that we are all different; we look different, we talk different, we believe different things, and yet there’s still the hope that we can decide to rebuild our house together. I dare you not to dance while watching it.

How to watch it: David Byrne’s American Utopia airs at 8 pm Eastern on October 17 and begins streaming on HBO Max at the same time.

If you’re looking for something else …

Millions turn to Vox each month to understand what’s happening in the news, from the coronavirus crisis to a racial reckoning to what is, quite possibly, the most consequential presidential election of our lifetimes. Our mission has never been more vital than it is in this moment: to empower you through understanding. But our distinctive brand of explanatory journalism takes resources. Even when the economy and the news advertising market recovers, your support will be a critical part of sustaining our resource-intensive work. If you have already contributed, thank you. If you haven’t, please consider helping everyone make sense of an increasingly chaotic world: Contribute today from as little as $3.

The Source: The Vox

Previous post In Netflix’s The Trial of the Chicago 7, Aaron Sorkin tackles an all-too-relevant court case