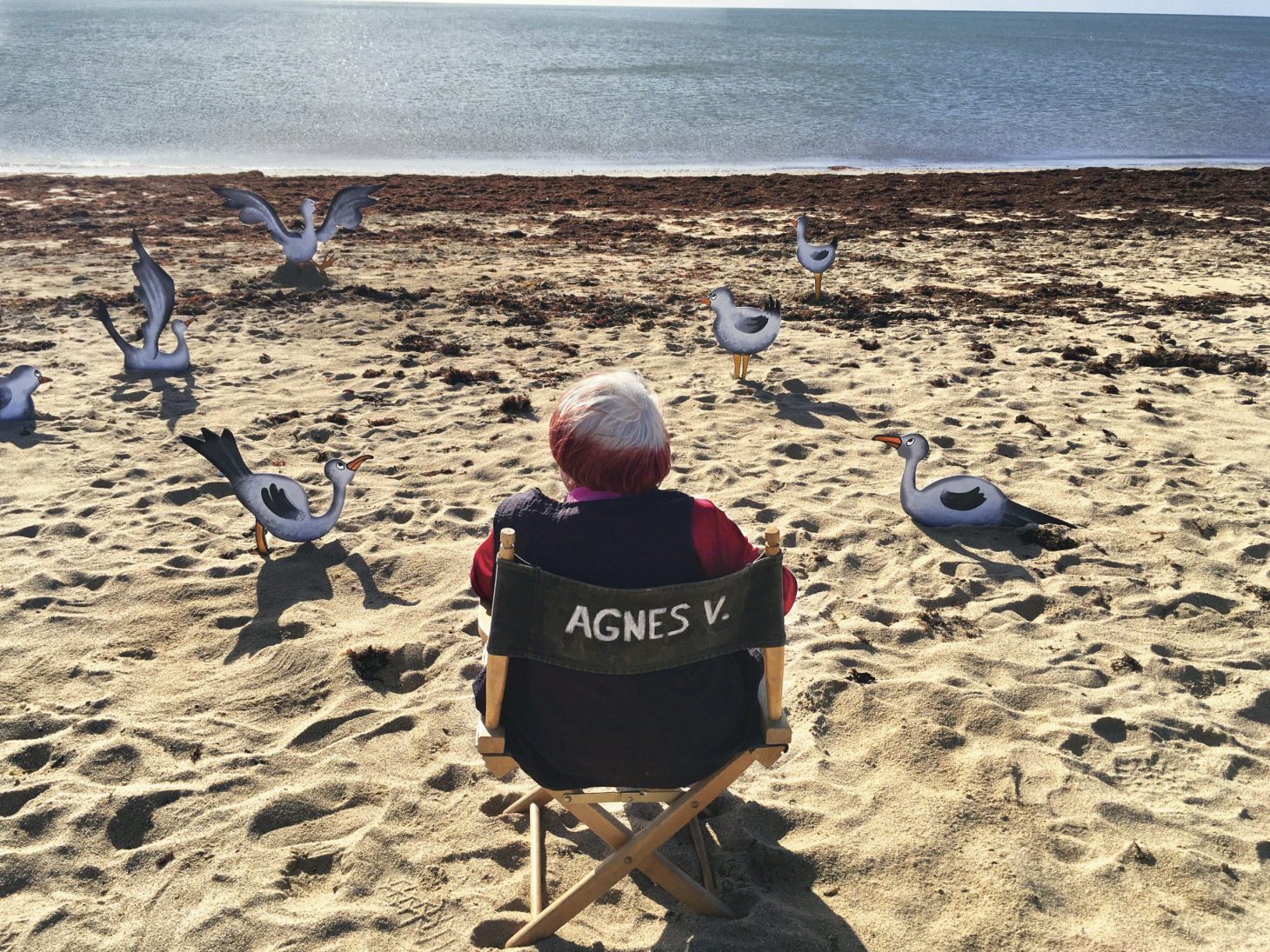 In the final years of her life, filmmaker Agnès Varda had a reputation as la petite grand-mère of arthouse film; she traveled around the world to film festivals and screenings dressed in flowing tunics and vivid scarves, often with a mischievous smile and always sporting her signature two-tone haircut. Varda, clearly infused with joie de vivre, became a meme of sorts, the kind of iconic director who napped underneath photographs of herself.

Varda’s late films helped cement that public image; Faces Places, her 2017 collaboration with street artist JR, in which she travelled rural France and created murals of locals, broke through as an unlikely late-career success. The film combines Varda’s quick wit, keen eye, and genuine interest in the lives of people into what Richard Brody called a “trans-ideological vision of curiosity, empathy, and dignity.” Varda’s 2019 follow-up — unfortunately her last before her death earlier this year — Varda by Agnès, dives into her filmography and personal life to reveal an artist who deeply valued “inspiration, creation, and sharing.”

To get the fullest picture of the artist requires traveling back through her filmography, a joyful opportunity provided by Film at Lincoln Center’s series Varda: A Retrospective, which opens today and runs through January 6. In its scope, one cannot throw a proverbial stone without hitting a masterwork in fiction or documentary, but two of Varda’s lesser-known films in particular — the mid-career documentaries Daguerrèotypes (1976) and Mur Murs (1981) — are humanist gems that provide a guidemap through her later work. The opportunity to revisit, or perhaps discover, Varda’s works is a welcome treat, a way to fully honor a vital feminist auteur.

Daguerrèotypes is a record of life on Rue Daguerre, the Parisian street where Varda lived and headquartered her production company Cinè-Tamaris for over 50 years. Varda visits the businesses along the street, interviewing the proprietors of a butcher shop, hair salon, driving school, and other workers who bring the street to life. There’s not a corporation in sight; most businesses on Daguerre are locally owned and operated, like the married couple who has owned their bakery for 30 years (both say they dream about bread). Varda stays out of the frame, letting her interviewees tell their own stories in their own words, and the result is a poignant collection of stories about work, life, and love, filled with: romance and love of place, which all the denizens of Rue Daguerre (Varda included) clearly have.

Varda’s work displays an authentic respect for working people, one that isn’t always present in the films of her French New Wave colleagues. But the warmth of Daguerrèotypes doesn’t obscure the melancholy that runs through it; the Nazi occupation of Paris and its impact are not mentioned directly, but it hangs over the older interviewees. The elderly owner of a general store watches over his store while his wife hangs back smiling sadly; her dementia goes unmentioned but is undeniable, as she wanders away from the store each night at dusk unless her husband catches her. Part of the fullness of life, Varda knows, is also its tragedies.

Mur Murs, filmed half a world away in sunny California, captures an example of Varda’s “trans-ideological vision,” as she interviews Los Angeles muralists about their work. Watching the film, much of which focuses on Black and Latinx murals and communities, we get the sense these Angelenos must have been as charmed by this little Frenchwoman as the entire world would become decades later. Varda films in housing projects and slaughterhouses, Chicano neighborhoods in East LA, and Venice Beach to illustrate the many facets of public art: urban beautification, education, advertisement, and a necessary means of expression and healing in a capitalist, white supremacist society. The political is personal to Varda, as she gets the subjects to reveal themselves while speaking about their art. From gang members to an Evangelical Christian who painted an enormous holy trinity based on Hollywood bit players, Varda’s film radiates empathy and respect, even ensuring the muralists are credited in voiceover.

The filmography of Agnès Varda winds through fiction and nonfiction, from films with movie stars like Sandrine Bonnaire and Jane Birkin to documentaries about the habitants of rural France. But no matter what films you see during Film at Lincoln Center’s retrospective, the warm, curious spirit of Agnès shines through, urging us to listen to each other’s stories.