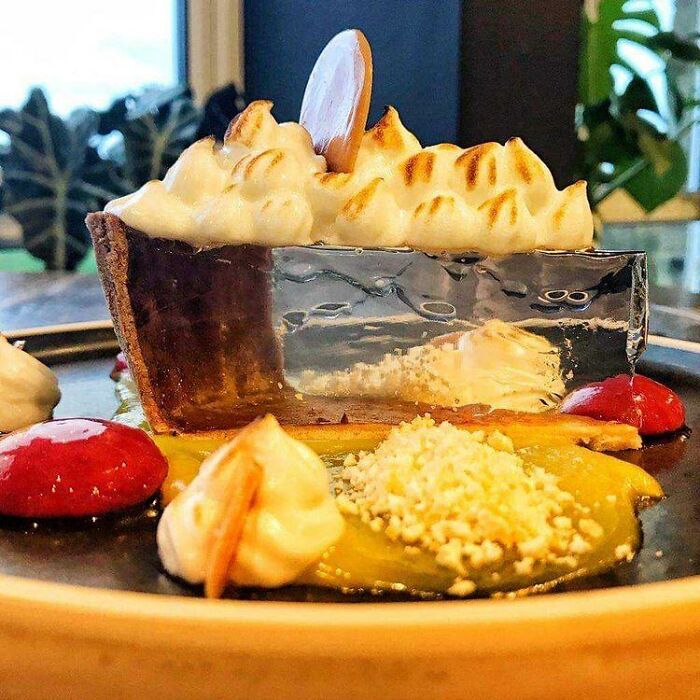 The internet has always been known as a go-to place when one is in need of new recipes, and given the lockdown conditions in many countries, social media platforms such as TikTok have been getting bombed with countless viral food hacks. Although today, we won’t be suggesting to you any TikTok food hacks or new recipes to try out—we surely have something else to offer!

As of recently, the internet’s newest fascination has been lemon meringue pie. Well-known Leeds-based chef James Dempsey, the owner of Blackmoor Dining Room, shared a picture of the pie last month on his Instagram account, and as the picture went viral, it also left thousands of people with many questions as to how such a pie was created in the first place.

The whole charm of the pie is the fact that the pie is transparent, which is the main reason why it went viral in the first place

But as of now, the people of the internet were left without any clear answers, as the talented chef keeps his pie recipe tucked safely under locks

Given that, you can always try the pie at the chef’s restaurant, where it is one of the main pieces served on the menu

As of now, the Leeds-based chef has created a few variations of the pie, but this isn’t the first time one of his food creations has gone viral. James told Bored Panda, “I first went viral in 2016 with the British burrito, then the beans on toast, and now the lemon meringue pie. I don’t see myself as unique—I’m just doing my job with passion. I’m just a chef—I don’t see my work as special, to be fair, and as I mentioned before, I’m just a guy going to work and making a living. I believe myself to have just been lucky with a few bits and bobs.”

The post A Transparent Lemon Meringue Pie By A Leeds-Based Chef Amazed The Internet, And Now People Are Asking For A Recipe first appeared on Bored Panda.