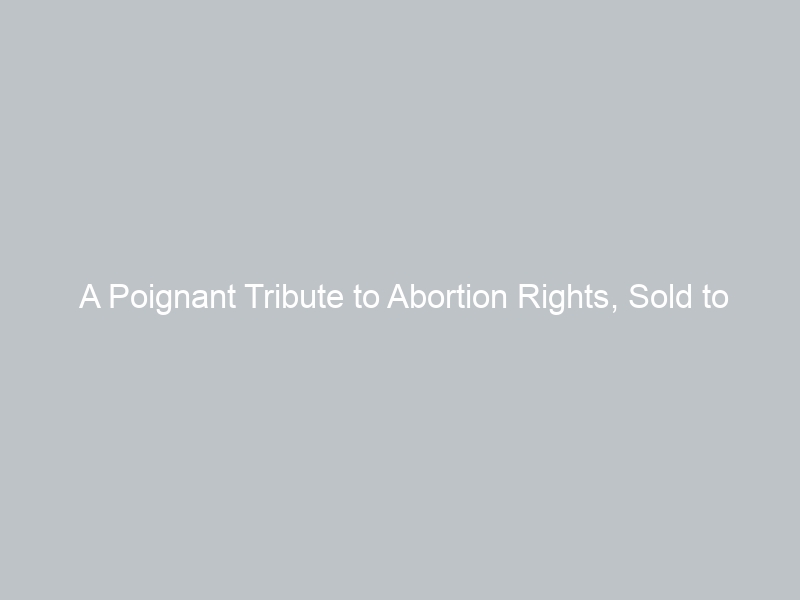 Ever since a United States Supreme Court opinion draft leaked to Politico this week threatened to overturn Roe v. Wade, artists and activists have been channeling their outrage through protests, artwork, and fundraising for abortion rights. Among them are Laia Abril and Carmen Winant, whose double-sided print created last year in response to a Texas law banning most abortions after six weeks of pregnancy has taken on a new and terrifying resonance.

The print, titled “The Right to Choose” and sold by New York’s Garage Gallery, depicts a silhouetted coat hanger on one side and obituaries of feminist leaders on the other, including that of Norma McCorvey — also known as “Jane Doe,” the plaintiff in the precedent-setting 1973 case.

Late last summer, photographer and Garage Gallery founder Christian Patterson approached the two artists to collaborate on the piece, with all the proceeds from the print going to three reproductive justice organizations in Texas. In December, anticipating a national assault on abortion rights, Patterson started donating the proceeds to the National Network of Abortion Funds, which includes over 80 individual organizations that provide financial and logistical help to women who need abortions.

Patterson and the many others who foresaw the reversal of a decades-old constitutional milestone were right.

“I’m afraid I can’t say that the current situation in the United States surprised me,” Abril, who is based in Barcelona, told Hyperallergic. Her practice often examines the past and present consequences of misogyny, from limits on reproductive freedom to femicide. “My work, like Carmen’s, entails looking back in time and realizing that our rights are always in jeopardy, and we did see this coming.” Abril’s photograph of a coat hanger is included in her book On Abortion, winner of Aperture’s 2018 PhotoBook of the Year award.

Winant had been collecting obituaries of feminist leaders for years, and her image is a photograph of how she’d arranged some of the news clippings in her studio. “We ended up landing on this quieter image that I think has ripples, sort of extends in different directions into feminist history, ideology, legacy, so forth,” Winant told Hyperallergic.

“It felt really nice to do something in collaboration with other people, and needless to say, in moments of desperation and rage, being in community and being in action, however small or large, feels really critical,” Winant said. “I’m really grateful to them.”

Next post Lido Finance with $19.1B in TVL, Edges out Curve as the Largest DeFi Protocol
Close
Menu
Social profiles